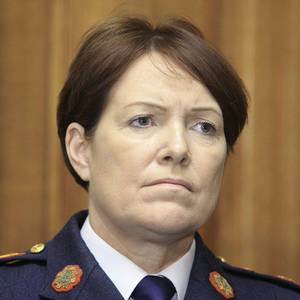 O’Sullivan notified Taoiseach Leo Varadkar and Minister for Justice and Equality, Charles Flanagan T. D. of her retirement this afternoon.

Deputy Commissioner Dónall Ó Cualáin will step in as Acting Commissioner with full powers with effect from midnight tonight.

She cited the “unending cycle” of investigations and inquiries as her reason for retirement – due to the recent host of scandals surrounding the Gardaí including; the exaggerated breath tests, the poor treatment of whistleblowers such as Maurice MacCabe and  Keith Harrison, and financial inconsistencies at the Garda Training College.

“It has become clear, over the last year, that the core of my job is now about responding to an unending cycle of requests, questions, instructions and public hearings involving various agencies including the Public Accounts Committee, the Justice and Equality Committee, the Policing Authority, and various other inquiries, and dealing with inaccurate commentary surrounding all of these matters.”

These investigations, she says, made it difficult to “implement the deep cultural and structural reform that is necessary to modernise and reform an organisation of 16,000 people and rectify the failures and mistakes of the past.”

“Being a Guard is the best job in the world,” she added.

“You’re committed to the public good. You’re encountering people at the lowest points in their lives. You can make a difference.

“As long as you avoid cynicism, you can make a profound difference – for the better – in other people’s lives.”

O’Sullivan has served in the Gardaí for 36 years and was the first female Garda Commissioner.

Over the coming weeks Minister Flanagan says that he will consult with the chair of the Policing Authority about a process to identify and appoint a permanent Commissioner to An Garda Síochána.

He will brief the Government at the next Cabinet meeting.

“I wish to express my sincere gratitude to Commissioner O’Sullivan and to acknowledge her public service to the State over the course of an accomplished 36 year career in a variety of roles in An Garda Síochána, which ranged from under-cover detective work in Dublin’s inner city in the 1980s to being appointed to the most senior position in the service in March 2014,” said Minister Flanagan.

“Since the establishment of An Garda Síochána, the role of Commissioner has been a hugely demanding one but I want to acknowledge that, during Commissioner O’Sullivan’s tenure, she was faced with particularly significant difficulties, many of which had built up over several decades.

“Commissioner O’Sullivan showed enormous resilience, determination and integrity in addressing those challenges and, in particular, in instituting a radical reform programme to modernise our policing service with the aim of providing the people of Ireland with world-class policing.

“As Minister for Justice and Equality, I will continue to press ahead with that necessary reform programme, informed by the work of the Commission on the Future of Policing in Ireland and supported by the Policing Authority and the Garda Inspectorate.

“I have no doubt that the men and women of An Garda Síochána who serve Ireland in the front line of policing have the appetite to embrace and drive that change.

“I wish Commissioner O’Sullivan and her family well in her retirement.”