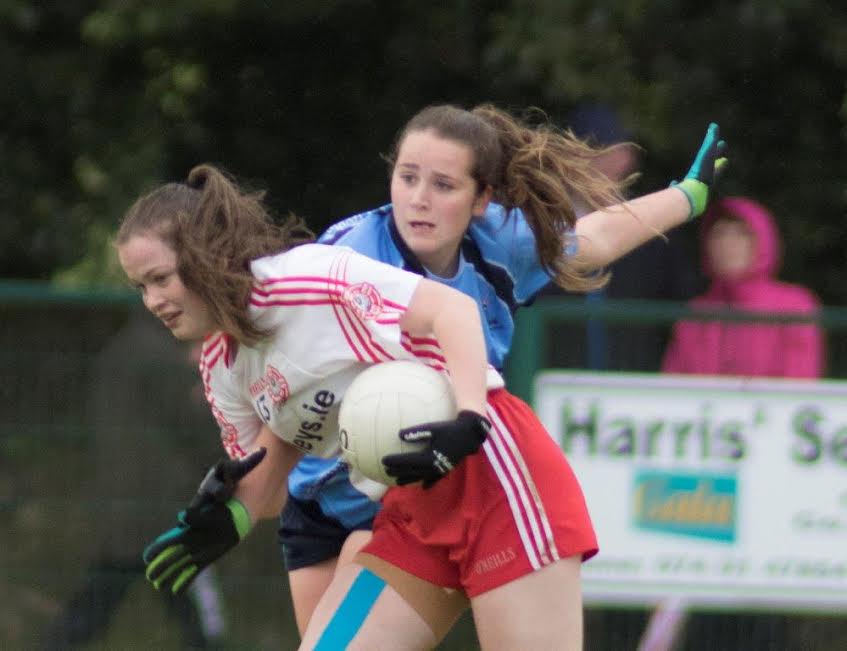 Glenfin prised the Donegal senior ladies title back from Moville’s grasp in a tense final before a big crowd in Convoy.

Despite scoring just twice in the second half – and not at all in the last 20 minutes – Glenfin are champions again as they held off a stern Moville fightback.

Glenfin looked to be coasting when they led 1-7 to 0-2 at half-time and they opened up a nine-point lead before Moville got going.

Led by the inspirational Niamh Hegarty, who scored 1-2, including a goal from a penalty and a magnificent ’45 into the howling win, Moville were just about held at bay by a determined Glenfin.

Moville took their first title in seven years in 2016 and they made a right fist of this late in the day, but they just couldn’t claw back the deficit and Glenfin left with the silverware, thankful for Gemma Glackin’s goal in the opening period.

Moville were struggling to punch holes in the Glenfin rearguard and Jimmy Hegarty’s team could manage just two points in the opening half-an-hour.

They did have a goal chance, with five minutes gone in added time at the end of the first half. Tara Hegarty was fed by Niamh Hegarty, but her shot was saved by Glenfin netminder Sharon McGlynn.

Niamh Hegarty, from a free, and Aisling McGuinness in the 15th minute stemmed the flow, but Glenfin had the controls.

Karen Guthrie helped give them a platform around the middle and McMonagle had her sights on the prize.

McMonagle scored four first-half points, but the big score of the half saw Glackin fire home from Houston’s ball into the mixer.

Glackin’s goal arrived just after she was penalised for a square ball infringement as she slotted in after McMonagle gave her a pass.

But when Glackin finished soon after, the red and white ribbons could almost be knotted.

Moville were without Niamh McLaughlin, who suffered the agony of her third cruciate knee ligament injury while on duty for the Irish Universities squad in Taipei recently.

McLaughlin has endured a torrid time of it with injury and faces another lengthy spell sidelined.

Moville were rocked late in the first half when captain Aoife McLaughlin was forced off injured, the centre-back having to be helped from the field as she was replaced by Clodagh Skelly.

Eight minutes into the second half – after Hegarty and Guthrie swapped points – Moville were a whisker from announcing themselves as back in the game.

Caraigh McGuinness, threaded through by Sarah Jane McDonald – who just returned from a summer in America on Wednesday night – saw her low shot fizzle past McGlynn’s far post.

Caraigh McGuinness punted over from the right edge of the field and Moville were daring to dream again.

Hegarty won the penalty and dispatched it to the net.

Hegarty nailed a ’45 and, after Aoife McColgan brilliantly saved from a powerful Guthrie drive, McDonald pointed when they needed a goal – and, finally, Glenfin could savour that sweet taste of county final glory again.

Glenfin hold on for dear life to take crown from Hegarty-led Moville was last modified: September 10th, 2017 by Chris McNulty