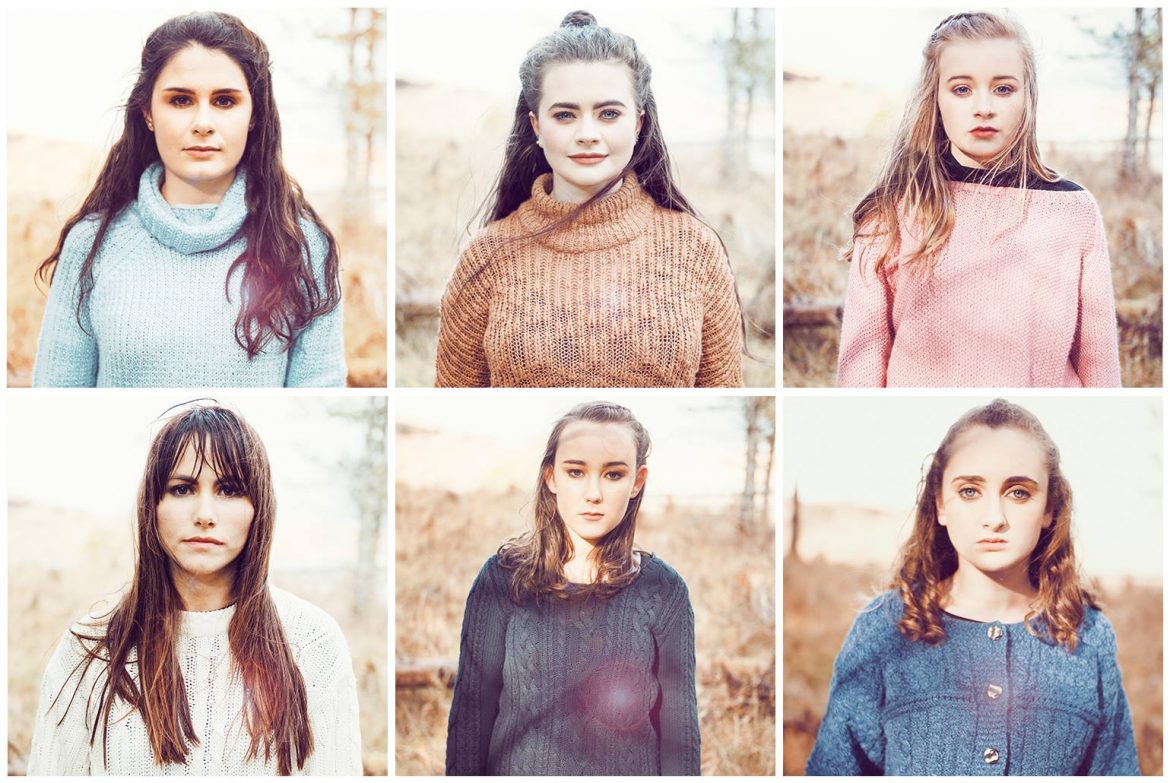 Watch: These six incredible women are celebrating Irish history in a unique way

Shot at Ards Friary in Donegal, this breathtaking video was directed by Letterkenny woman Andrea to celebrate the link between Ireland’s past and present.

“I was always passionate about the Irish language and the performing arts. I’m a primary school teacher and I believe the arts are so important for children and teenagers. The 1916 centenary had just been celebrated in Ireland and I saw it as a perfect opportunity to release this multimedia project. 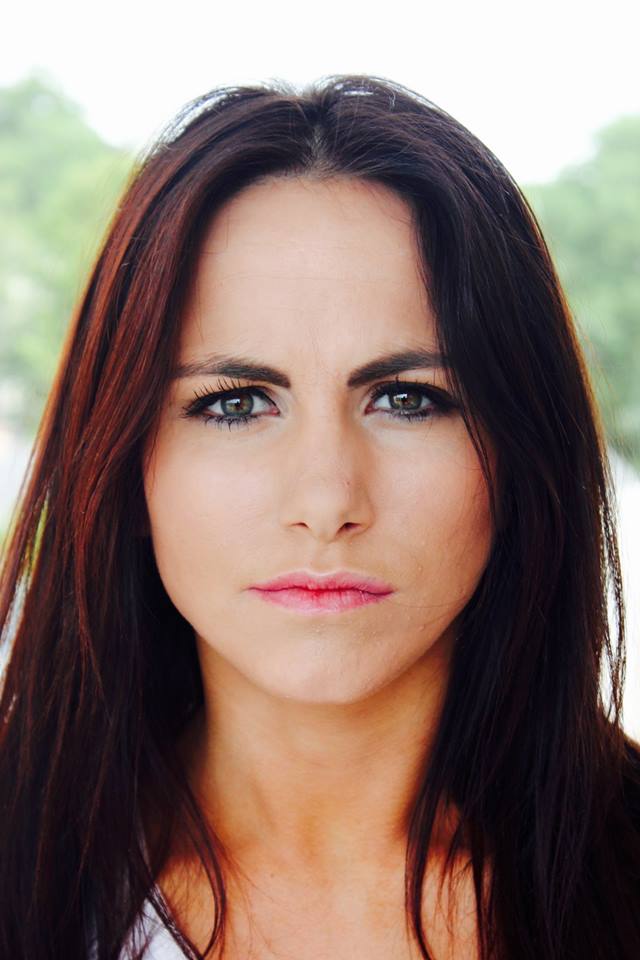 “It was a creative process that celebrated the girl’s self-expression through dance. I’ve always wanted to make a video showing off the beauty we have on our doorstep in Donegal.”

The dancers put on an incredible performance, with Orla Friel, Cliodhna Duggan, Orlaith McCarthy, Katie Cunningham, and Joyce Wylde putting their best feet forward and working very diligently with Andrea on the project.

“The girls rehearsed tirelessly and we had a number of professionals involved in this creative project. This choreography represented the connections we have between modern Ireland and it’s past. The dancers have a strong Irish dancing background and this fused with contemporary dance allowed them to explore self-identity, expression, and Irish Culture.”

“It’s a mixture of contemporary dance and more traditional styles, with a lot of strong influence from Irish dancing. The dance is more about self-expression. The girls, who mostly have a background in Irish dancing, put their own stamp on things and interpreted it their own way; it’s a fusion. There’s also elements of urban choreography too, and you can see that they all dance so differently.”

The choice of costume was to create a typical Irish look with the traditional jumpers, with the flowing, almost seaweed-like skirts contributing to the movements and connection to the landscape. The 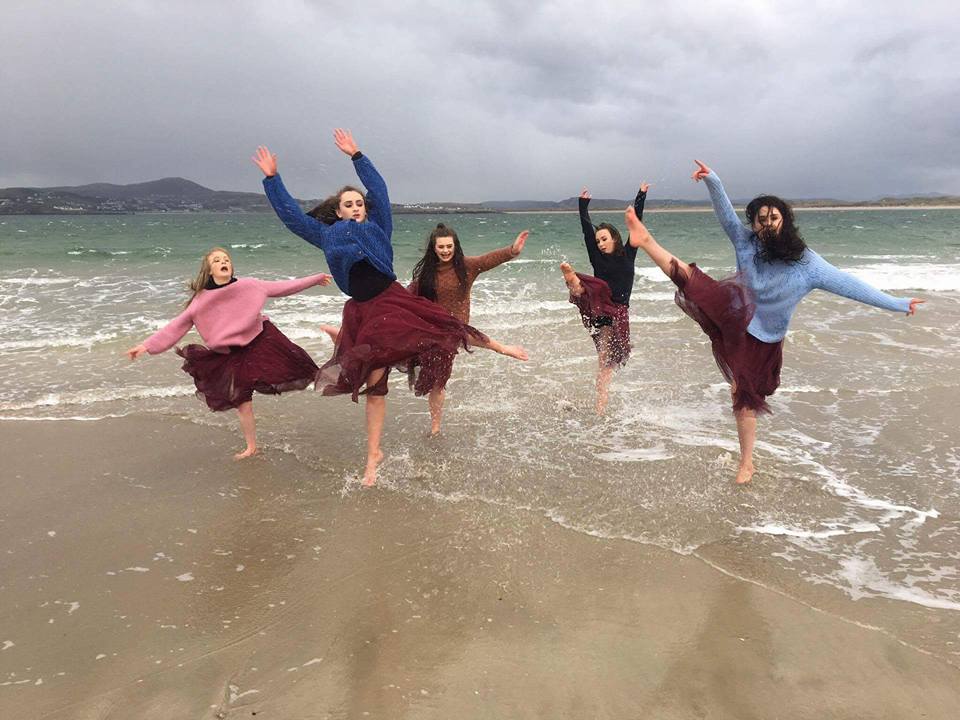 The colour of the skirt brings them all together, depicting the invisible red thread by which the Donegal diaspora are connected.

The jumpers belong to the girls, and they were encouraged to wear their own to show their individualism and to radiate self-expression. When combined, the outfit brings a fusion of the two; the uniform skirt representing our shared heritage, and the colourful jumpers depicting our own personalities, experiences, hopes, and dreams.

In a theoretical way, the jumpers could represent political scientist Benedict Anderson’s notion of ‘vertical’ comradeship, the ever-changing present – whereas the skirts represent the rich Irish history within us all, the ‘horizontal’ sense of lineage and heritage that the leaders of the 1916 Easter Rising wished to protect.

“Donegal is where we’ve grown up, and this video ties in everything I’m passionate about. I choreographed the routine along with my friend Leon Armstrong, and it was shot by Paul Martin Brown; the project allowed my friends and students to come together to celebrate our culture and heritage, and to connect this to our history through dance. 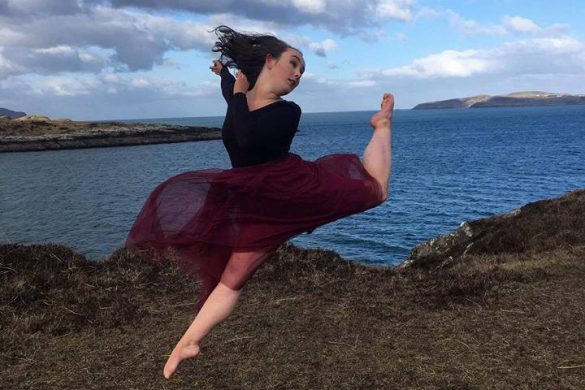 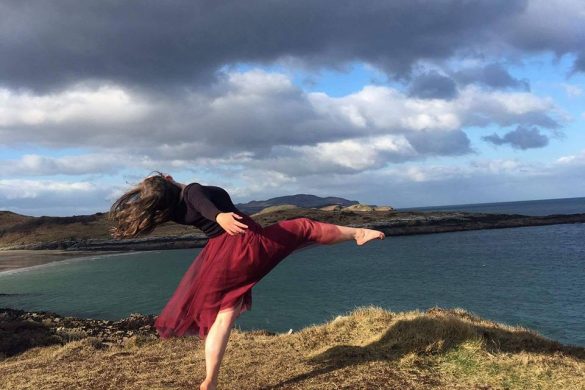 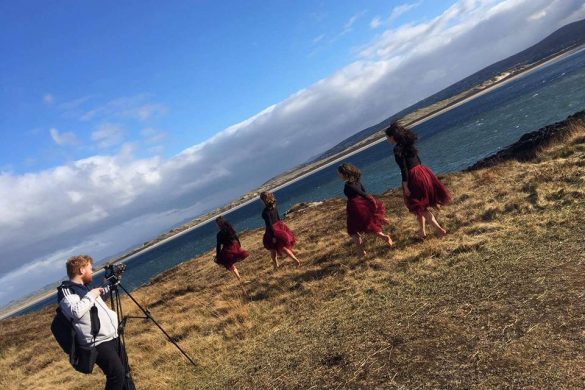 “This video sparked emotion in family and friends local and abroad. I received countless emails and messages from loved ones in Canada , New York, Paris, Holland, and Barcelona. They reflected on their fond memories of Ireland and Ards Friary in particular. It was important for the girls and the public to know that this untouched and natural beauty is on our doorstep to be explored.

“The lyrics to ‘Where You Are’ by Pine The Pilcrow ties in with this theme. The idea of leaving home and wanting to come back. It’s as though history is repeating itself with everyone migrating yet missing home.”

Expression through art is very important for teenagers, explained Andrea. This is due to the fact that when we’re aged between 16 and 18, we can feel slightly vulnerable; it’s an age when we’re about to embark on new adventures, and the pressure of entering adulthood can prove worrisome. Dance, Andrea says, gives teenagers something to focus on.

“That’s the main reason I moved home from Dublin, to encourage young people to get involved in the arts. A lot of people aren’t confident when trying the arts, but it’s all about confidence in yourself. My key aim is to instill a love of the arts in children, I’d love to be able to promote that. 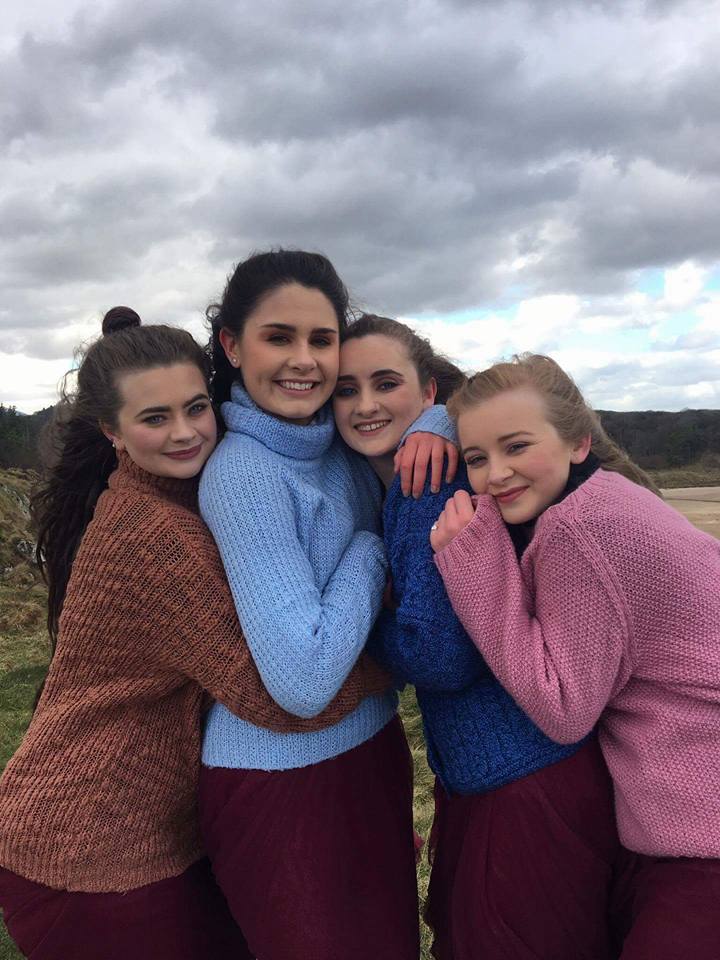 “My key aim is to instill a love of the arts in children, I’d love to be able to promote that.

“In the video there was no pressure, a lot of the girls were used to competing in Irish dancing competitions but this was complete freedom, there was a lot of movement.”

“This has inspired me to setup TRIUMPH Performing Arts in the Aura Letterkenny. Our aim is to provide a creative platform whereby confidence is instilled in the performer and that the holistic development of the child is catered for. A purposeful Arts Education at a young age is invaluable in stimulating creative thinking. 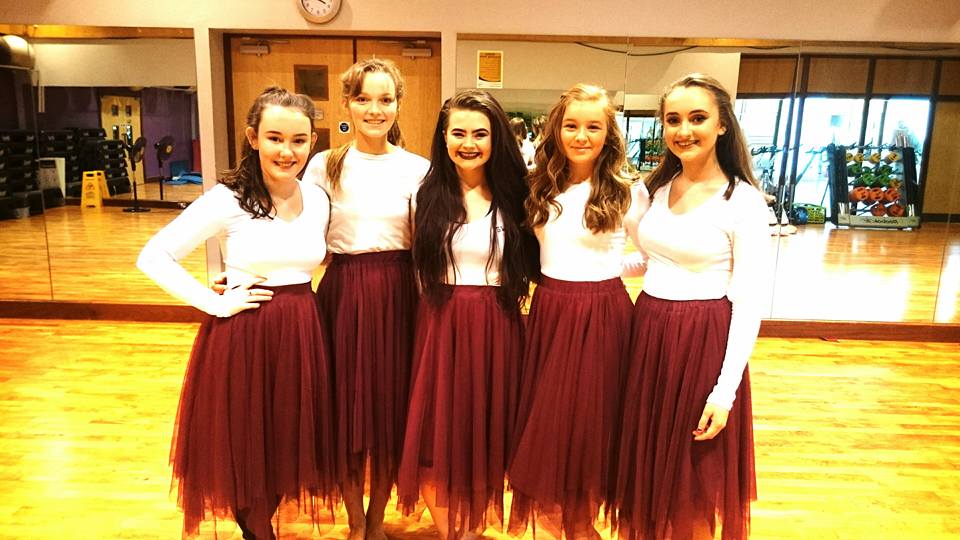 “I have the opportunity to choreograph musicals, lip sync battles, Gael Linn performances, and flash-mobs in local schools which enhances student’s self-esteem and celebrates their unique talents. Currently, I am facilitating arts in education workshops in schools across the county and I’m very excited to be choreographing Hairspray with Letterkenny Music and Drama group which promises to be a great show.

“Performing allowed me to be me and gives me the freedom to express myself. It plays a crucial role in my life as I love to act, sing and dance.It’s a goal of mine to instill this passion and love for the Arts in the youth of Donegal.

“I was told by an acting tutor of mine ‘You need to trust yourself because when you do, it’s wonderful’.

“This is the key message of self-belief that I hope to promote in the lives of those I educate and perform with.”