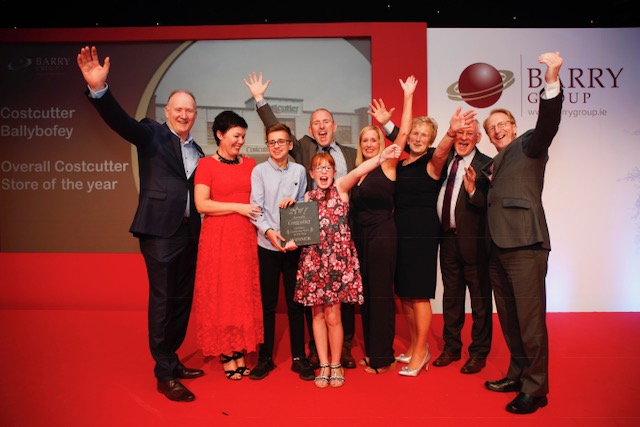 Doherty’s Costcutter sweeps the board in national awards

Doherty’s Costcutter in Ballybofey have won the Supermarket of the Year award and many more in the Barry Group National Awards.

The popular store was awarded the Supermarket of the Year Award, the Overall Costcutter Store of the Year Award and also won Awards for their Fresh Produce and Deli offerings last week at the Barry retail group’s ceremony. In 2016 Doherty’s store in Carndonagh was also highly awarded.

The independent judges said the store in Ballybofey deservedly took the highest accolade. The auditors noted the incredibly high standard across every facet of this store. This store continues to be a standard bearer for Costcutter and is a worthy winner of this prestigious award.

Speaking of the awards, store manager Colin Harrison said it’s about having a team and motivating that team and communicating with that team:

“It’s very easy for us to go up on the stage and collect the award, whereas in reality it’s a part you play – there’s a much bigger story than that you know, it’s the people on the ground consistently working to give that service and to give that standard to the customer. This Award is for the entire team, Colin added.

“This Award is for the entire team,” Colin added.  Colin also wants to thank the people of Ballybofey and the surrounding areas who support the staff and the store on a daily basis. “Obviously without their loyalty we wouldn’t be here,” he said. 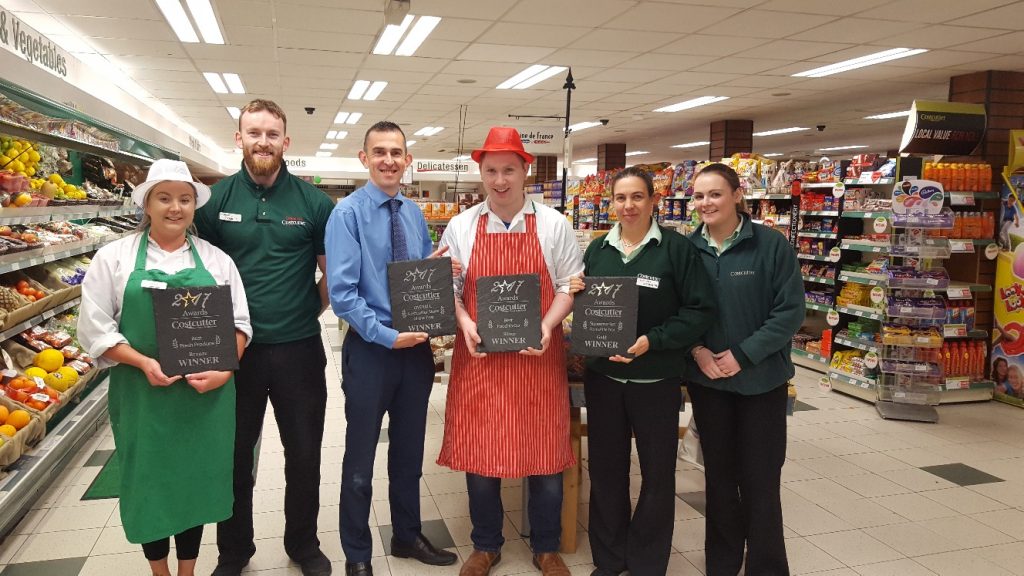 Colin added, “Ballybofey, as everybody knows, has a lot of competition but we try to stand out from the crowd by constantly delivering first class customer service, as well as offering quality products at the most competitive prices”.

Jim Barry, Managing Director, Barry Group Mallow said, “Food retail is one of the most competitive sectors in Irish business, and indigenous operators like Costcutter and Barry Group Mallow continue to raise standards and quality, by reinvesting in range and customer service, and working with local suppliers to secure the value and service consumers expect.”

“I would like to congratulate Michael, Susan and all the team in Costcutter, Ballybofey in winning this award and for continuing to raise the bar in the retail industry”, Jim added.