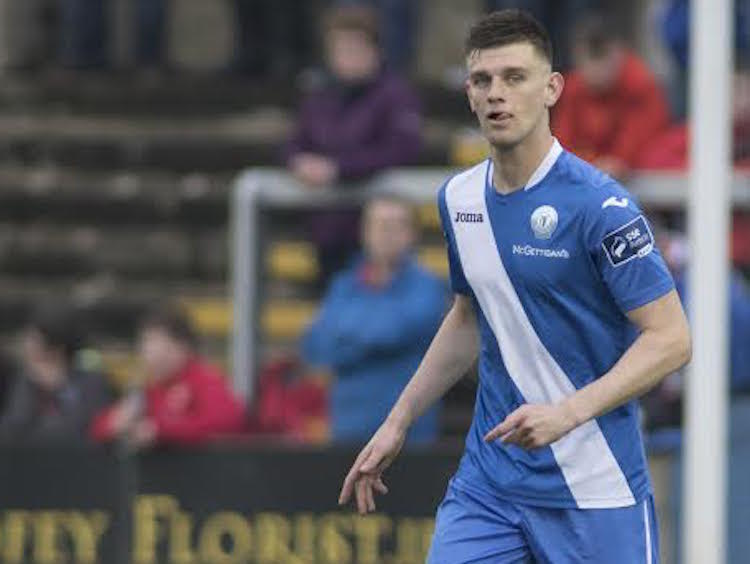 Sligo Rovers to be down four players for Finn Harps clash

Harps go into the game just two points better off than the Bit O’Red.

Harps are one place above the relegation zone heading into the final six games of the season.

Indeed, just eight points are between Galway United in 11th and Bohemians in 6th.

On Saturday, Sligo – who yesterday named former Institute manager Kevin Deery as number two to Gerard Lyttle – will be without Raffaele Cretaro, Michael Leahy, John Russell and Craig Roddan through suspension for their visit to Ballybofey.

Harps, for their, part, have Kilian Cantwell (above) suspended following his recent sending off against Limerick FC.

Cantwell was sent off in a 2-0 win that lifted Harps out of the drop zone.

Packie Mailey continues to miss out through injury.