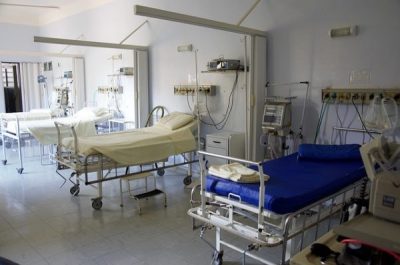 Senator Pádraig Mac Lochlainn has expressed anger and deep concern at the dramatic increase in patients awaiting outpatient procedures to be carried out at Letterkenny University Hospital.

His comments come following the publication of the latest patient waiting data from the National Treatment Purchase Fund (NTPF) which has revealed that, as of the end of August, the overall number of patients awaiting treatment at the hospital has risen by more than one thousand compared to patient numbers at the start of the year.

The data also shows that of the seven recognized patient waiting list bands, the largest percentage increases were recorded in the longest wait categories, with the number of patients waiting between 15 months and 18, and greater than 18 months having increased by 85 per cent and 32 per cent respectively.

Reacting to the news, Senator MacLochlainn said “I am quite alarmed and angry following the publication by the NTPF of the most recent data on patient waiting times across the various specialties at Letterkenny University Hospital.

“The figures show that, since January of this year right, there has been a huge increase in the number of patients awaiting outpatient treatment to be carried out.

“There are now some 13,914 people awaiting a procedure at the hospital as of August last; that’s up by 1,072 patients from 12,842 who were waiting on outpatient treatment as recorded in January 2017.

“Most worryingly however is the fact that the highest percentage increases have occurred within the longest waiting time bands of between 15 to 18 months, and greater than 18 months, where we can see that the number of patients waiting in these brackets are both up by around 85 per cent and 32 per cent respectively over this period”.

The Sinn Fein politician said this is simply scandalous and is evidence, if ever there was need for any, that the hospital is simply unable to meet patient demand based on current and existing resource and staffing levels.

“My Sinn Féin colleagues and I have persistently been highlighting Government failure in this area, as their existing health policy has simply exacerbated the crisis which we continue to see within out health service day-in and day-out.

“Most upsetting of all is the fact that behind every one of these statistics, there is a person who is suffering needlessly as they are being forced to wait excessive periods in order to receive the care which they so desperately need.

“Sinn Féin has a vision for our health service. We have set out how a Sinn Féin Government would end the two-tier health system, and replace it with a Universal health care system, free at the point of delivery and one which places the needs of patients first and foremost.

“Clearly however, this is not the vision shared by neither Government nor successive Fianna Fáil administrations which have presided over the chaos in health which continues on today as we can clearly see from these latest figures.”