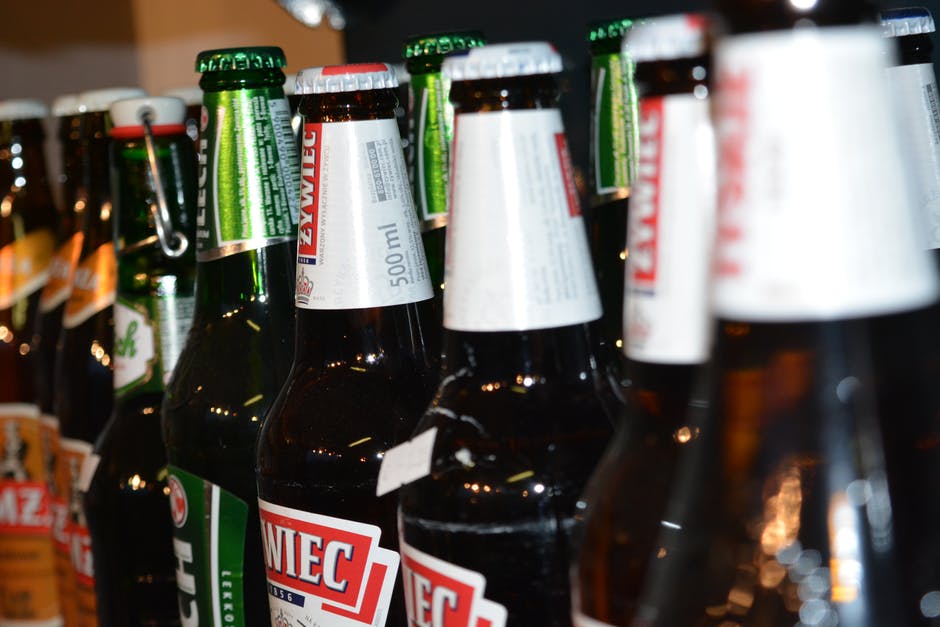 The HSE has today released the HSE North West Regional Drug and Alcohol Task Force Annual Report, which shows that in the North West, alcohol remains the primary drug of choice and accounts for over 70% of all referrals in the region with cannabis being the secondary drug of choice.

Donegal ranked sixth in Ireland for the number of valid liquor licenses per 100,000 of the population, with 76 licensed premises in Letterkenny alone.

Moreover, Donegal has a higher than average rate of drink driving offenses (195, compared to the national average of 139).

LUH is a relatively small hospital with 200 beds. Each day nationally, 2,000 beds are occupied as a result of alcohol misuse. To put this into perspective – that’s ten times the number of beds in LUH.

In June, Doctor Gerry Lane, Consultant in Emergency Medicine at LUH expressed his concern of a link between alcohol abuse, the bed crisis, and the increasing financial stress on the HSE.

According to Letterkenny Community Action on Alcohol’s publication ‘Responding to Alcohol Harm in Letterkenny’, Dr Lane highlighted several jarring statistics during a meeting in June. Annually, alcohol harm costs the Irish taxpayer an estimated €3.7 billion in health, crime, and related public order. €1.2 billion is directly related to alcohol, accounting for one tenth of the total sum spent on health services in Ireland.

He also stressed that alcohol affects all departments in the hospital. Alcohol is a factor in over half of sexual assault cases, almost all patients attending liver services must do so due to alcohol abuse, 900 people in Ireland are diagnosed with alcohol related cancers each year. Half of them die.

Alcohol also puts a strain on the cardiac unit, as the substance massively increases the risk of developing cardiovascular disease. Almost one in four traumatic brain injuries sustained are related to alcohol. 93% of suicides in people under 30 have involved alcohol.

Alcohol also puts a strain on the cardiac unit, as the substance massively increases the risk of developing cardiovascular disease. Almost one in four traumatic brain injuries sustained are related to alcohol. 93% of suicides in people under 30 have involved alcohol.

“We have a lot of facts, but we’re not doing anything with them. In terms of people presenting in the ED, it’s either 25%, 50%, or 75% depending on what time of the week it is. But of course, there are things we can do here in the town, today is a good start,” says Dr Lane.

In May 2016 the HSE North West Regional Drug and Alcohol Task Force commissioned Crowe Horwath to undertake a piece of research in respect of the needs of the region regarding substance misuse and the Task Force projects as a response to these needs.

For a detailed look at the Donegal services mentioned in the report, see below:

The project continues to runs after care programmes in four different locations in both Sligo, and Donegal. They provide on-going support to all those attending relapse groups and linking in with other NWRDATF projects. They also provide follow up and relapse one to one counselling sessions when relapse groups are not accessible to individuals, and conduct exit interviews from treatment on a weekly basis going into recovery.

This project continues to encourage more support through telephone and one to one follow-ups of individual service users and families on a monthly basis over the two year aftercare period. Service users are continuing to link in with other NWRDATF projects primarily Assertive Outreach Workers in both Sligo and Donegal.

In 2016 Service Users completed the six weeks, which included six meditation relaxation sessions and were practising relaxation/ breathing techniques on their own at home on a daily basis. Sessions in 2016 presented and discussed six of the following recovery themed lectures: Spirituality Core Beliefs, Character Defects & Cognitive Distortions, Self Esteem, Self-Pity and Poor Me’s and Gratitude, Anxiety and Depression, and Assertiveness.

All Service Users were therefore in a better position to help new peers in the Peer Recovery Group. Service Users have completed 7 steps of introduction to CBT “Self Help Course in CBT” in 2016.

The project in 2016 continued to coordinate a programme of holistic therapies by working in partnership with existing services and initiating new avenues to the treatment and rehabilitation of those suffering drug addiction and their families.

In 2016 the Holistic Therapy Project in Letterkenny offered 6 sessions of therapy to each participant over a period suitable to their needs. The therapies they could choose included: Reflexology, Reiki, Indian Head Massage or Auricular Acupuncture.

Service is being used as a brief intervention tool, which is well received by service users. Participants and Service Users gain an awareness of the benefit of taking time to relax and reduce stress in their lives.

Holistic therapies Introduced group work to engage with families of service users and volunteers. Holistic therapies that are hosted within LCDP are linked in with CE staff who work in the area of Family Support and group work. Holistic Therapy in Donegal links in with the community and voluntary sector to access suitable premises for carrying out the Holistic Therapy Programme.

The project in 2016 ran the holistic programme from eight community premises throughout Donegal County. Breakdown as follows: 1 in Donegal Town, 1 in Bundoran, 3 in Letterkenny, I in Moville, 1 in Redcastle, 1 in Lifford. Donegal Holistic Therapies had in 2016 a panel of ten therapists.

In 2016 the assertive outreach worker in Donegal targeted adult drug users over 18 by working with the client group in their own environment. They encourage service users to participate in treatment and rehabilitation. This service provides a drop in service, within the community setting where the target group can gain access in a confidential and friendly environment. Providing sign posting to other supports including voluntary and statutory groups and other NWRDATF projects including Holistic Therapies.

The project continues to offer a 2-tier service offering choice and direct access to service provision feeding into all tiers and accepting referrals from all tiers.

The project carries out a comprehensive assessment of needs with service users, which highlights early indicators of misuse / harm.

Family supports are available on a one to one basis using CRAFT skills. The outreach worker and existing CDP staff and volunteers provide education, advice, and access to holistic services. In 2016 the project ran individual and group activities to encourage pro social behaviours in line with CRA, CRAFT: 6 subsidised sessions for a choice of Holistic Therapies throughout Donegal; Vouchers for Aura Leisure Centre; Biannual Open Mic session; Men’s Shed Arts Crafts and up cycling activities. The outcomes of this is that service users have the skills and motivation to address drug and alcohol issues and work towards making a change in behaviour reducing the harmful effects of drugs and alcohol.

This project in 2016 designed and implemented a high volume of quality drug education programmes as appropriate for under 18s. Promoting healthier lifestyle choices amongst young people in particular those using or at risk of using drugs/alcohol, by equipping them with the knowledge, skills and attitudes to enable them to make positive informed decisions around their own behaviour.

In 2016 Tobacco, Alcohol and Drugs Policy guidelines had been revised within Foroige to further support young people, parents, volunteers and staff. It outlined the different levels of support, education and intervention available for individuals at risk of or engaged in different levels of substance misuse.

In 2016 young people completed a distance star activity pre and post programme. The Distance star is an evaluation tool, young people rate themselves on a scale of 1 to 5 on the following; 1 being least 5 being most
● Listening skills
● Communication skills
● Knowledge of drugs and alcohol
● Confidence
● Self esteem
● Ability to say “NO”
● Responsible decision making
● Identifying my strengths
In 2016 Moville FRC group had significantly increased their drug knowledge score from on average 2 to 4 points. This was also evident in the evaluation with comments such as “I have learned how bad drugs are and how they affect the way your brain and heart works”.

Raphoe FRC group also increased their drug knowledge score significantly by 2 points, this also reflected in their evaluation one young person stated “alcohol is a depressant and is broken down mostly by the liver”, “alcohol slows down your brain”, “I didn’t know alcohol was a drug.”

Through scenarios young people stated what they believed to be the most responsible actions and possible consequences. Raphoe FRC group increased their decision making score from on average 2 to 4 points. This was also identified through evaluation form, one young person stated “I’ve learned how to say NO to smoking, because I don’t want to get addicted to it”.

The ripple activity worksheet identified how drugs and alcohol not only affect the users but their family and community. A young person from Ballybofey/Foroige Club stated “ I never thought about how someone’s drinking can affects so many people from their parents to staff in a hospital” Raphoe FRC had a similar statement “ It’s so selfish for one person’s drinking to hurt so many others”

In 2016 the project has been asked to do some work with youth at risk in an in school setting which has become increasing trend throughout the region. This project also experienced an increase in 2016 of clients who were using or being asked to use synthetic drugs such as blue dragon. This is a direct result of the close proximity to the border with Northern Ireland. This triggered an emergency response by other agencies including, Gardai, CALMS, Donegal Youth Service, Jigsaw and HSE representatives who as a group met over a period of time to address the spike in use.

There has been a steady increase in the work completed with families having trouble with children at risk.

All programmes are run on a needs basis therefore any emerging needs are addressed.

If you have been affected by any of the topics raised in this article, you can find helpful information and resources by clicking here.