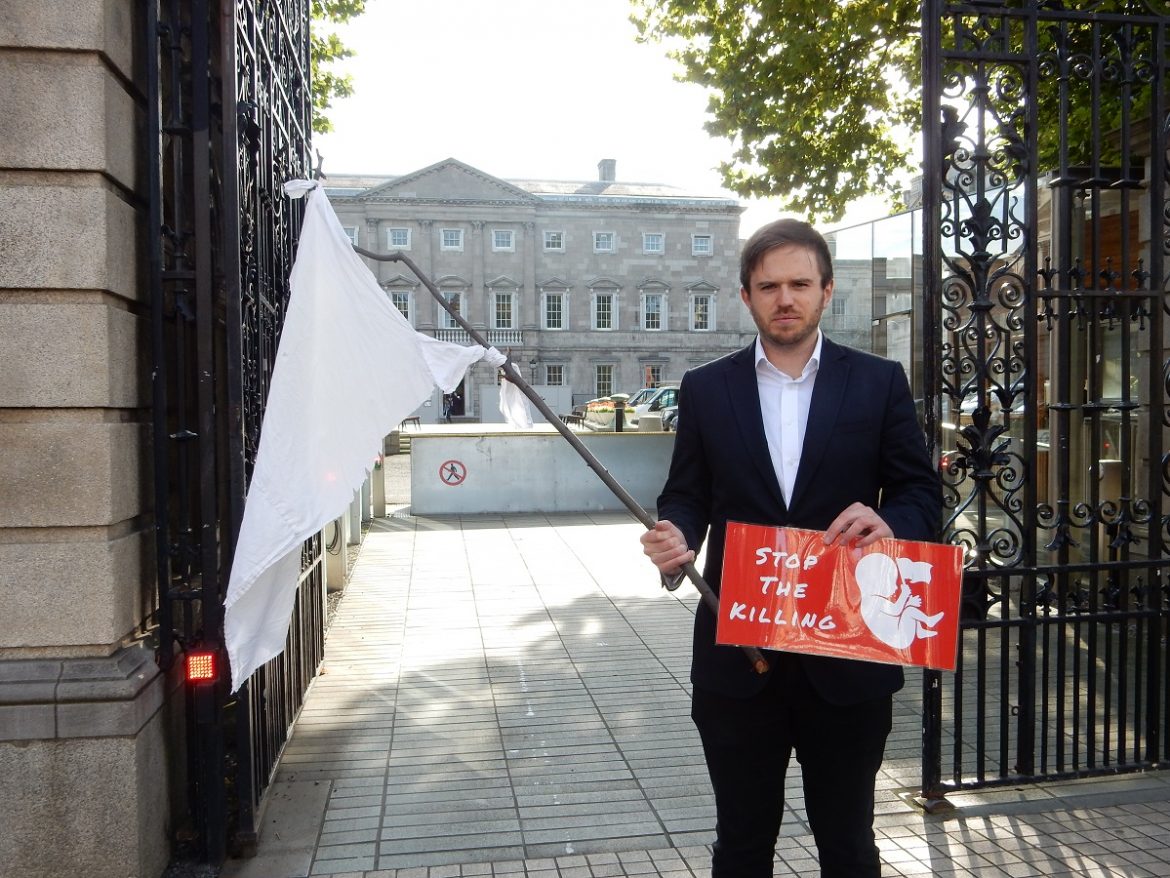 Former Independent election candidate Tim Jackson has started a hunger strike outside the Dáil Eireann today in opposition of the upcoming referendum on the Eighth Amendment.

Jackson has begun the campaign to raise attention to his demands that Leo Varadkar and the Oireachtas Committee on Abortion watch a video of an abortion at their meeting before discussing a referendum any further.

The Donegal man wrote to Leo Varadkar and Senator Catherine Noone, chairwoman of the committee, last week requesting the group watch footage of the procedure, but did not receive a response.

Jackson, who was 26 when he ran in the last General Election, said “Our leaders apparently don’t want to face the ugly truth of how the child is killed, despite pushing for a repeal of the 8th Amendment.

“How many of them even care that the remains of the child are incinerated, as if they never existed? There is no outcry over a human being that’s killed or denied a grave in this instance; there’s actually political support for it.

“We also have a Minister for Children who has brought her office into disrepute by calling for a repeal which would strip children in the womb of their natural right to life. Choosing which human beings can live and die is unacceptable, and they won’t get away with this.”

Jackson has said he will drink water and says the hunger strike will not be to the point of death. He began this morning carrying a white flag which, he says, “‘alls for an end to the war on unwanted, unborn babies’.