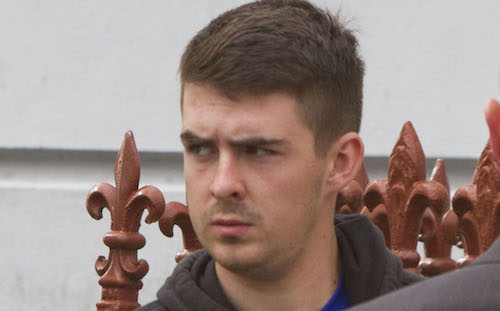 A young Buncrana man has been charged with dangerous driving, causing the death of a 19-year-old two years ago.

Evan Quinn, 21, of Meenagorey, was charged with causing the
death of Martin Strain at Tooban, Burnfoot, on August 23, 2015.

Gardaí served two books of evidence on Quinn during last Thursday’s
sitting of the District Court in Buncrana for the offences.

Garda Inspector David Murphy said the Director of Public Prosecutions
had consented that the accused, Evan Quinn, be sent forward to the
next criminal sitting of Letterkenny Circuit Court.

Insp. Murphy said the next sitting of the Circuit Court commences on
December 5, this year.

He said there were a number of other [district court] charges, arising
out of both Books of Evidence, which needed to be added to the
indictment. He asked that these be adjourned until the outcome of the
Circuit Court matters.

Quinn is also accused of having a bald left rear tyre, a bald right
rear tyre, not displaying ‘N’ plates, general obligation regarding
speed and having no rear left lamp on his vehicle at Tooban, Burnfoot
on the day of the fatal crash, August 23, 2015.

He was also charged with being threatening, abusive and or insulting
at Park Lane, Buncrana, on December 27, 2015.

Quinn, who was dressed in jeans and a navy hooded jumper and
accompanied by his father Patrick in court, did not speak during the
brief hearing.

Judge Paul Kelly warned the 21-year-old if he wished to rely on an
alibi as part of his defence he should inform the gardaí within 14
days.

Insp. Murphy said he had no objection to Quinn being granted bail on
the same terms as had previously been set by the District Court.

Judge Kelly reminded Quinn that he must continue to be of good
behaviour, sign on every Saturday at Buncrana Garda Station and
surrender his passport as part of his bail conditions.

The District Court Judge granted legal aid to his solicitor, Kevin
McElhinney, which would include the cost of one senior and junior
counsel for the dangerous driving case.