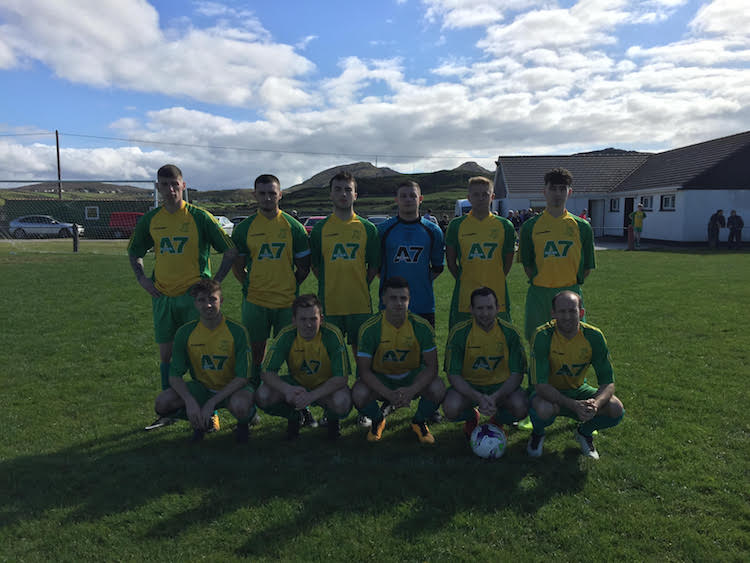 Bonagee United assistant manager Paul Higgins says the Dry Arch men are beginning to come out of their shell.

A 3-1 win over Fanad United at Triagh-A-Loch on Sunday in the Intermediate Cup certainly offered encouragement for Bonagee, who had suffered a 5-3 League Cup loss to Letterkenny Rovers on the season’s opening day.

“The boys showed great character, they didn’t shy away from it.,” Higgins said as Jamie Lynagh, Matty Harkin and Dean Larkin netted in a win over Donegal’s Intermediate Cup kingpins.

“It was a great day, the lads are buzzing. We have a very young side, but we worked on the game plan in training and they took it out well. I thought we could have won by more in the end up.

“We knew we had to start positive and they weren’t expecting that. We’ve a very young squad, but it makes for a great future.”