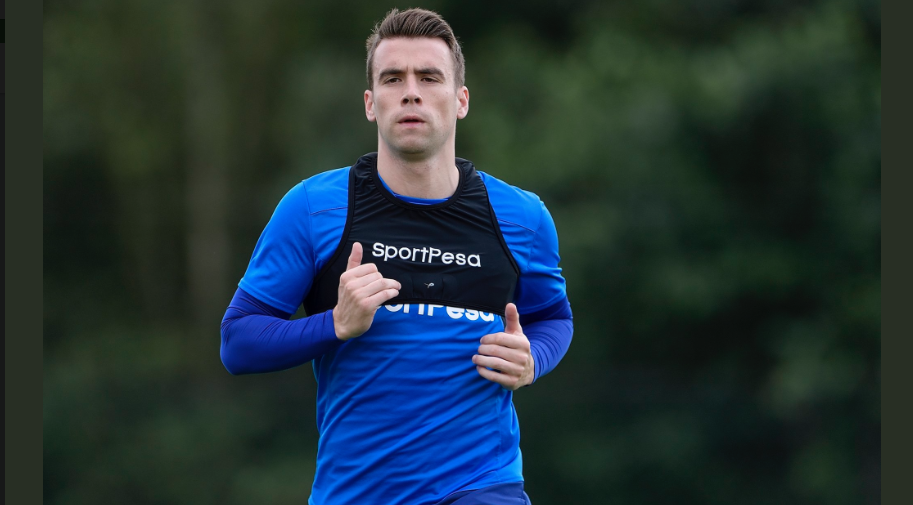 Seamus Coleman could be back in full time training in November as his recovery from a double leg break continues.

Coleman may even return to action before the end of 2017.

The Killybegs man sustained a horror break during the Republic of Ireland’s World Cup qualifier against Wales in March.

Coleman signed a new contract at Everton in the early days of his recuperation and Toffees manager Ronald Koeman says Coleman could make a quicker-than-expected return.

“I think it will be November, instead of October,” Koeman said earlier today regarding Coleman and Yannick Bolasie.

“They are both working hard, going in the right direction but it’s long-term injuries.

“Seamus is out a long time, but they are doing well, going well on their schedule to come back but it’s not up to me, we expect them back in full training in November.”

Coleman was back home last weekend and on Friday night took part in a fundraising Q&A at the Blue Haven in Kilcar.

“Back on my feet and working on my fitness and all the rest and slowly but surely getting there,” he said of his injury.

“When the injury first happened fast forward to getting on the pitch seemed a long way away.

“Now that it’s here, it feels like the time has gone quick and I feel like my full focus from when the injury happened until now was just about doing all I possibly can to make sure I’m as fit as I can and as strong as I can when I come back.”

Seamus Coleman could be back in action before the end of the year was last modified: September 21st, 2017 by Chris McNulty
Tags:
evertonKillybegsseamus colemanSt CatherinesWales