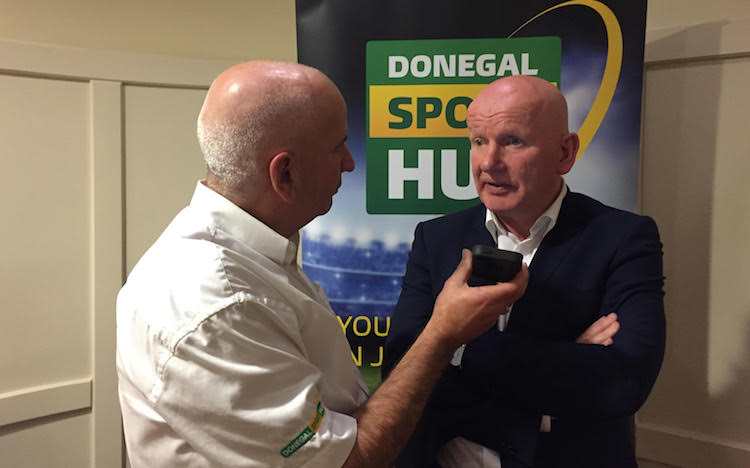 Listen: Declan Bonner on his appointment as Donegal manager

Declan Bonner was tonight appointed the new Donegal manager tonight – and outlined his vision for the future.

At a specially convened meeting of the Donegal county committee in Ballybofey, Bonner was ratified for a three-year term, retuning to a position he previously held from 1997-2000.

Bonner has confirmed Paul McGonigle as his number 2 with the remainder of the backroom team to be confirmed in the next two weeks.

After his appointment, Bonner spoke to Charlie Collins.