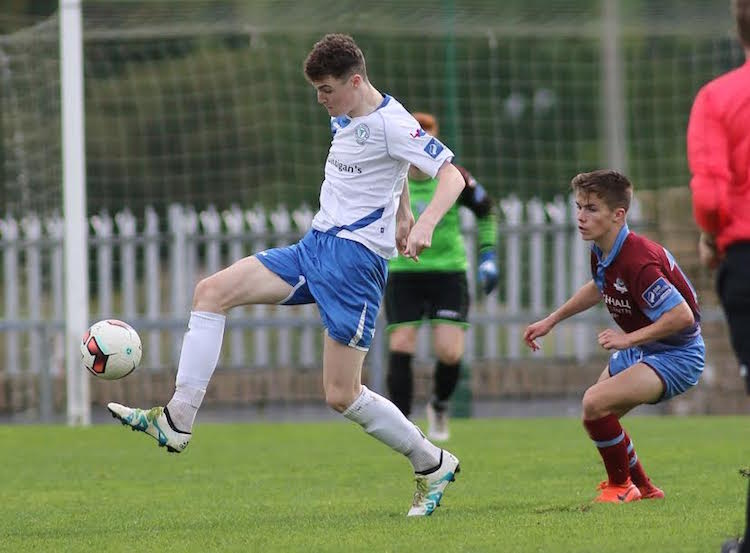 Harps, who had a plethora of chances throughout, looked set to be punished for their wastefulness in front of goal when sub Tom Adeyinka drew Drogheda level, cancelling out Niall McGinley’s 62nd minute opener.

When Adeyinka tucked home, there were just four minutes left on the clock and Harps – who had one eye on Drogheda’s home game against Athlone – had the jitters.

But, centre-back Diver popped up for his first goal of the season. Rising to meet Corrie Lee Bogan’s delicate corner from the left, Diver’s looped header flew over the helpless Drogheda ‘keeper, Daniel Grace.

Diver’s goal not only spared Harps’ blushes, but delivered a vital win for his side, with Bohs’ game an hour behind. 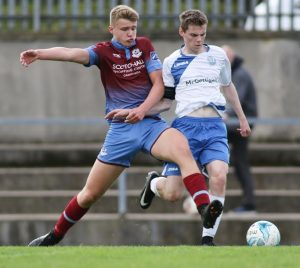 Bohs had to beat Harps’ win by three goals, but the Gypsies lost to Athlone.

It was an often-nervy display by Harps, particularly in the final third.

They might have been out of sight by the break, but just couldn’t find a breakthrough in the opening half.

McGinley beat Grace to a flick on, but shot into the side-netting while a lack of conviction prevented Michael Gallagher from converting a cross from Ryan Cunningham.

Gallagher was denied by a good save from Grace at point-blank range before Cunningham had a curling effort deflect wide.

Lee McLaughlin punted wide with an ambitious hit from distance as Harps sought the opener.

Late in the half, Stephen Doherty fired just the wrong side of the target and Adam Duffy riffled over.

Harps took the lead after the hour. Sub Jack O’Donnell made the incision and a cross from Gallagher was turned in by McGinley. 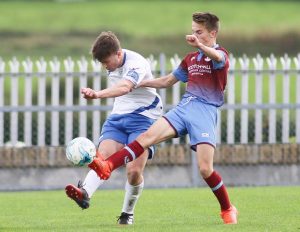 It had been a purposeful start by Harps and the sighs of relief were audible when, finally, they broke their duck.

Duffy headed wide with a big chance to double the tally and, with the chances mounting – Harps would have 14 in all over the 90 minutes – there was always a danger they’d get caught. 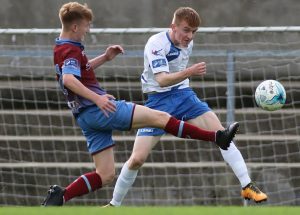 Frank Cabraley fired a warning shot that dipped dangerously off target with Shane Wallace, the Harps netminder, beaten, but Drogheda got back on a level footing when Adeyinka applied the finish after Cabraley dispossessed McLaughlin.

Harps, though, dug it out as Diver struck right in the dying embers of the contest.