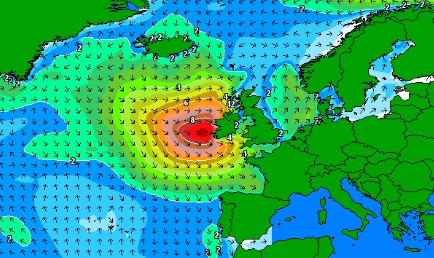 Met Eireann has today issued a yellow warning for Donegal.

Met Eireann expects to lift the warning at 6 pm.

Two marine warnings are also in effect. South to southeast gales this morning and for a time this afternoon on Irish Coastal Waters from Mizen Head to Slyne Head to Malin Head, possibly reaching strong gale force 9 for a time.

A small craft warning has also been issued in light of the forecast gale-force winds. Met Eireann say south to southeast winds will reach force 6 or higher today on all Irish Coastal Waters.

Other counties included in the national warning include Galway, Mayo, Clare, Cork, Kerry and Limerick.

To check out the sea conditions of your area, the RNLI advise you use magicseaweed.com for up-to-date sea news.