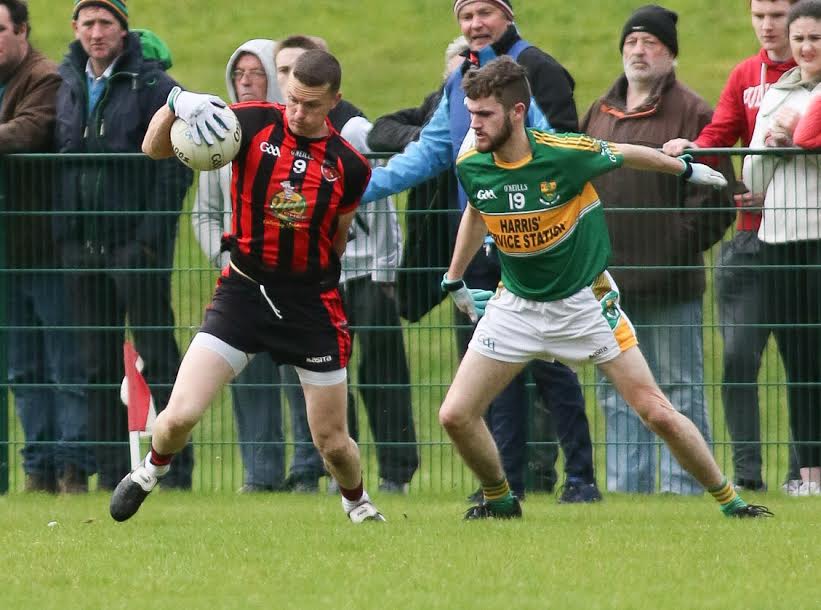 Red Hughs clinched a Junior A final spot against Naomh Colmcille with this hard fought win over St. Mary’s Convoy at windy Glenfin.

The Killygordan men played with the strong wind in the opening half and led by four at the break, 0-05 to 0-01.

St Mary’s got the only score from play in that first-half when Emmet Patterson pointed in the 17th minute.

Damian Browne with 0-2 and Jonny Carlin with 0-3, all from frees had their team ahead.                When Convoy’ s Paddy Dolan got the opening two points of the second-half to leave just two between them it looked like game on. 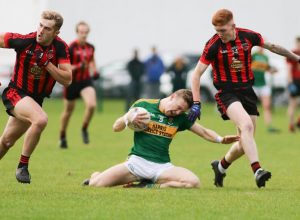 However Red Hughs responded with three points in a row, two from Browne and in between those a fine effort from Gerard Melaugh and the lead was out to five.

Anthony Browne and Dolan pulled it back to three but Convoy could get no closer than that and Red Hughs prevailed to clinch a final spot.