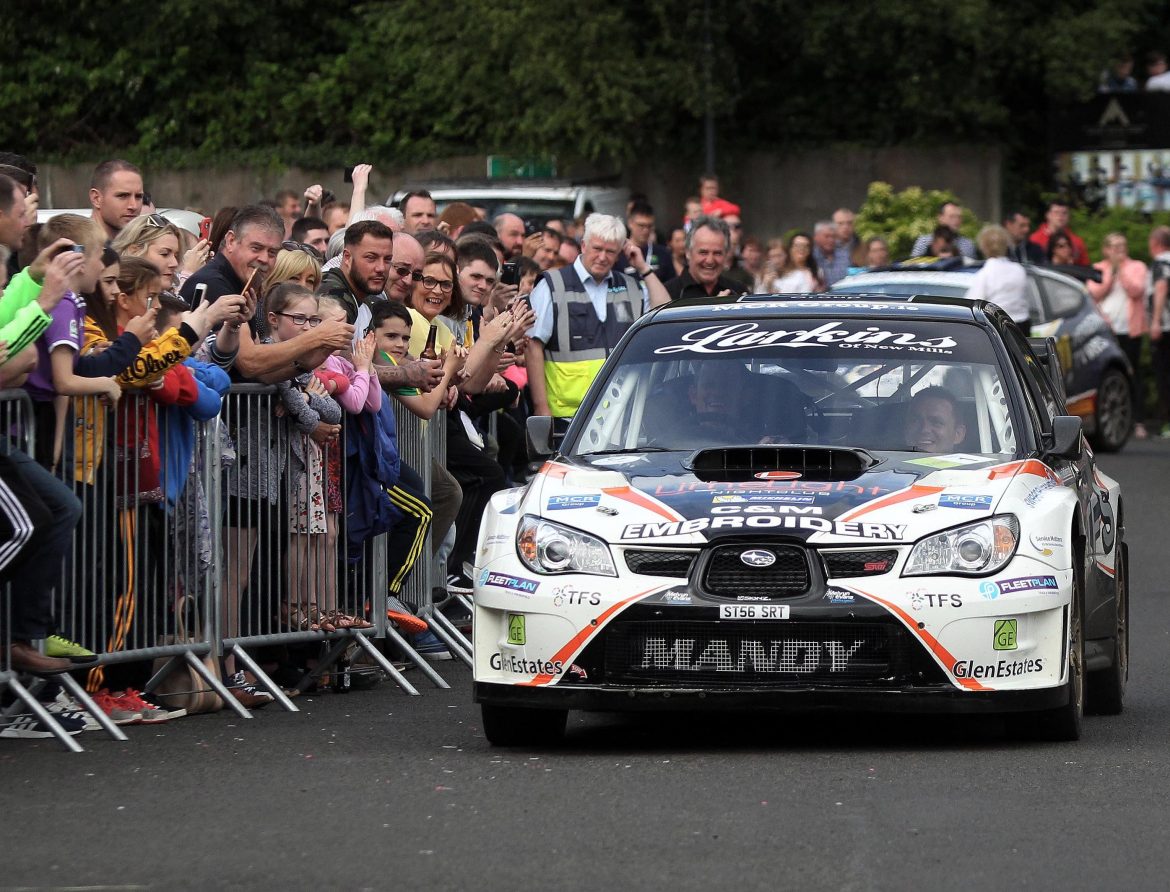 Donegal Rally kings Manus Kelly and Donall Barrett are to be afforded a Civic Reception by Donegal County Council.

Glenswilly driver Kelly, with trusted co-driver Barrett, retained their crown with another magical drive over Donegal’s 20 special stages in June.

In the Melvyn Evans-hired WRC Impreza, Kelly and Barrett won after a dramatic and intense battle with Frosses’ Donagh Kelly.

In 2016, in their first year in the international field, Manus Kelly and Barrett won a heart-stopping crown when they edged Keith Cronin by half a second.

It has been a pulsating couple of years for the Glenswilly-Milford duo, who won the National Rally in a MK 2 Escort in 2015.

Now, their achievements are set to be recognised by the County Council.

Glenswilly-based Fianna Fáil Councillor James Pat McDaid has proposed the awarding of a Civic Reception and the matter is on the agenda for Monday’s Council meeting in Lifford.

“Manus and Donall had an unbelievable few years, winning the National and then coming up to win the International back-to-back,” Councillor McDaid said.

“Not many Donegal men win the Donegal Rally, never mind retain it. The level of competition is so good in the field, it really puts the achievement into perspective.

“The rally is a massive event for Donegal. The crowds it brings and the economic benefits are unrivalled by any other events.

“It is important that we recognise local men who are competing at such a high level as Manus and Donall have been.”