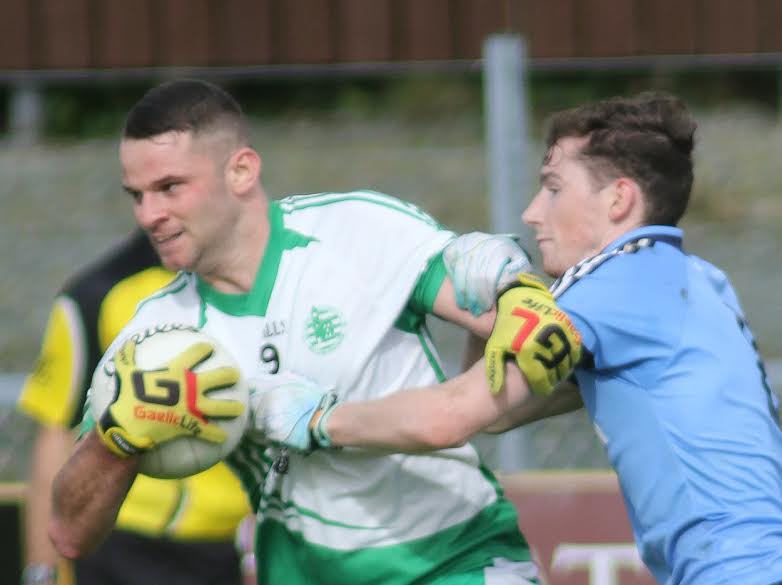 Milford made to sweat, but squeeze back into Intermediate final

A replay – another one – loomed large when Aodh Ruadh’s Philip Patton stood over a free with over five minutes of added time played but Milford squeezed their way back into the Intermediate final.

Tony McNamee’s goal, two minutes from the end, was a defining moment, but Patton and Aodh Ruadh will be haunted by that moment, with the clock beyond the allocated sum, when Patton – utterly flawless and unflappable until then having posted seven points – trailed a free wide of the target.

Eight times in all the teams were level but it was Milford who got through in a game of inches.

Danny O’Donnell’s men, with the minds still focussed on a title they missed out on last year, almost threw this one away.

McNamee tapped home a goal in the 58th minute, turning home from a cut-back by substitute Gary Merritt.

Aodh Ruadh, behind by two points at the turnover, got in for a goal just 13 seconds into the second half. 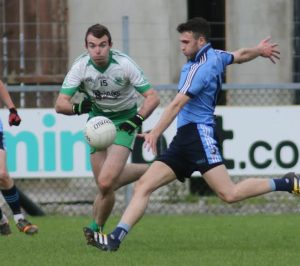 David Dolan helped the throw-in onto Darren Drummond and he released David McGurrin, who arrowed past Caolan McGettigan with real conviction.

Seamus Kane added a point and Aodh Ruadh threw the gauntlet down.

But Milford, as is their wont, hit back.

Nine minutes later, they were in front again when, after a quick-fire one-two with Christopher Barrett, wing-back David Curley blasted to the net.

In a year that has seen them be competitive, in a first-ever summer in Division 1 of the All-County League, Milford had designs on both survival and progression; retaining their status in the League’s top flight and getting into the ranks of the Senior Championship – a passage that can now only become possible by winning the Intermediate title.

Three times, between the 44th and 51st minutes, Aodh Ruadh drew level through Philip Patton (free), McGurrin and goalkeeper Peter Boyle (a ’45) and they made a right fist of it during the five additional minutes that were played at the end but, ultimately, Milford prevailed by the white of their teeth.

The teams were inseparable in the first half, until Milford wrestled free. They were in front for the first time when Cathal McGettigan picked up the pieces after Darragh Black’s initial ball across the end-line had been intercepted.

Kane Barrett, under pressure in a crowded area 40 metres from goal, managed to get enough space to swing over for a 0-8 to 0-6 half-time lead. 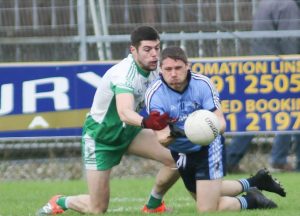 There had been little between them until then, with the sides level on four occasions in a tight first half-an-hour.

Patton and Christopher Barrett traded early points and a Patton brace, one from a free and the next when he got on the end of a move involving Colm Kelly and McGurrin, gave Aodh Ruadh the edge.

Milford, though, were back on an even keel again when Black and Christopher Barrett converted.

Luke Barrett tied it up with a delightful point in the 19th minute and Luke Barrett, with little room to manoeuvre, did likewise six minutes later.

This was the fifth Championship meeting of these sides in three years, with Aodh Ruadh having the edge on the previous meetings, although Milford – thanks largely to a late penalty save by McGettigan – did get the upper hand in a semi-final last year in Convoy. 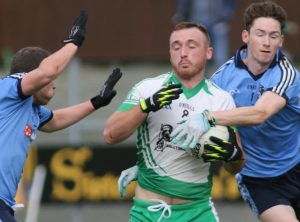 That 2-10 to 0-12 win propelled Milford into a first Intermediate final since 1992, but they left the Cathal McLaughlin Cup behind them as Burt lowered their colours in a final replay.

Milford had to dig deep into the reservoir a couple of times during a frenetic conclusion to it, but it was the blue and navy-clad men who stood huddled at the end, the final furlong now in their sights once more.