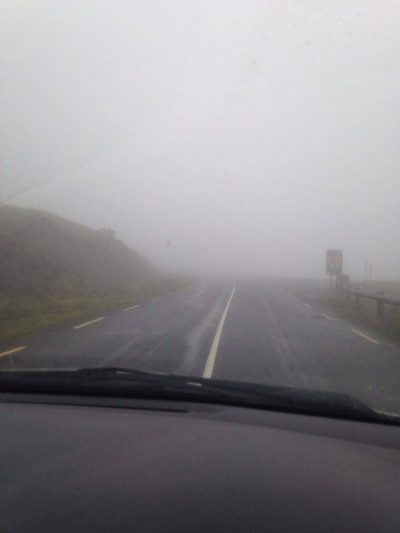 Met Eireann has issued a status orange weather warning for the entire country with heavy fog expected to last until lunchtime.

In a post on their website, they wrote: “Fog Warning for Ireland: Widespread fog this morning, dense in places.”

Commuters across Donegal awoke to a heavy blanket of fog from Buncrana to Bundoran.

The warning is a status orange, their second highest warning.

As for the rest of the day, it’ll be bright and sunny once the fog lifts with highs of up to 19C.

A forecaster said: “Today will start misty with widespread fog and the fog will only gradually thin and lift during the morning.

“Winds will be light variable but increase moderate southerly along west coasts during the afternoon.

“Some bright or sunny spells will break through after fog lifts with top temperatures of 16C to 19C.

“Tonight will continue to be dry with broken cloud and mist and fog will return, especially over the eastern half of the country but southerly winds will gradually increase moderate by morning and fresh along west coasts.”