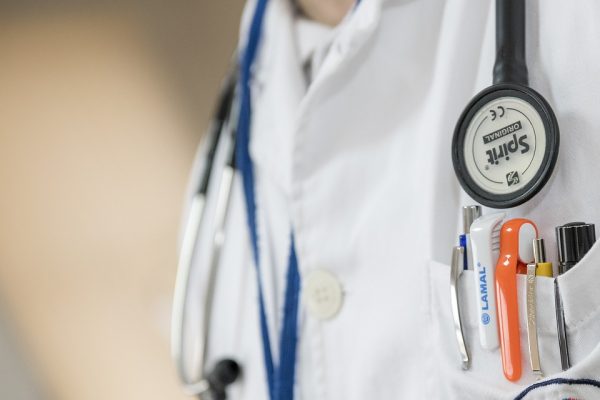 Donegal woman: “The more awareness about Lyme Disease, the better”

A rally is being held outside the Dáil tomorrow to raise awareness for Lyme Disease.

Lyme Disease is a bacterial infection contracted through bites from infected ticks. Although more commonly contracted during the warmer months, ticks can be found at all times of the year.

Donegal woman Roisin McGeever told Donegal Daily that more needs to be done by the government and the HSE to tackle Lyme Disease.

“I will be attending the rally tomorrow along with others from around the country. We’re hoping to raise awareness for Lyme Disease, what we have to go through, and how the HSE can make improvements towards diagnosing what is now an epidemic. Some of us from the Donegal Lyme Disease Support Group will go to Dublin tomorrow, however it depends on how everyone is feeling on the day.”

The Donegal Lyme Disease Support Group was established a little over a year ago, with Roisin joining in March after her diagnosis.

“I have been sick for 17 years with it. I’ve been in and out of the hospital and have suffered from stroke-like symptoms.

“Last year I collapsed in Termon on my way to mass, and three nurses had to perform CPR on me.”

Roisin has also had heart ablation done in Dublin last year to slow down her heart palpitations.

“Around Christmas/New Year, I underwent a lot of tests, but they all came back clear. I was told to go home, that it was all psychological. But you know your own body, and you know when there’s something wrong.

“I then contacted a specialist who advised me to test for Lyme Disease. I travelled to Athlone for the test, and it was then sent to Germany. A week later I got the diagnosis.

“I never really paid much attention to it before, but it’s very popular in Donegal. I’m still learning bits and pieces about it.

“GPs aren’t very well informed of Lyme Disease, they are willing to treat you but they can’t tell what’s wrong. The testing is inadequate, the GPs just aren’t aware.

According to the HSE, if diagnosed in the early stages it can be treated with a short course of antibiotics, with most people recovering in a matter of days. Even if more serious symptoms develop, antibiotics can still help, although it may take slightly longer.

The Downings woman says that things have been getting better for her slowly since receiving the diagnosis.

“If it is caught within four to six weeks, a course of antibiotics can clear it up. Beyond that, the treatment involves a mixture of supplements and antibiotics.

“It’s a very slow process, but it has gotten better.

“I’m tired all the time, my joints are sore and often I’m in bed sick. Bell’s Palsy is the main thing for me, as my left side drops down slightly, but there are a lot of different symptoms.

“The numbers are growing, in Ireland there are around 2,000 affected by the disease.”

Having a diagnosis, and being able to name the condition that had been causing her health problems for almost two decades has helped, she said.

“I finally got an answer and I’m going from there. I’ve lost out on 17 years, I can’t work or anything.”

Her advice to anyone who notices a bulls-eye rash, is to seek medical attention immediately, or it may turn into Chronic Lyme Disease and may be harder to treat.

Representatives of Lyme Disease support groups will meet with Health Minister Simon Harris tomorrow to discuss increasing awareness amongst GPs and the general public of the debilitating disease.

“A lot of the local TDs are going to join us. We’re hoping for big numbers and for good weather, but the turnout depends on the form of the people, a lot of people have been left in wheelchairs and have been in the hospital, but we’re optimistic.

“The more awareness, the better.”