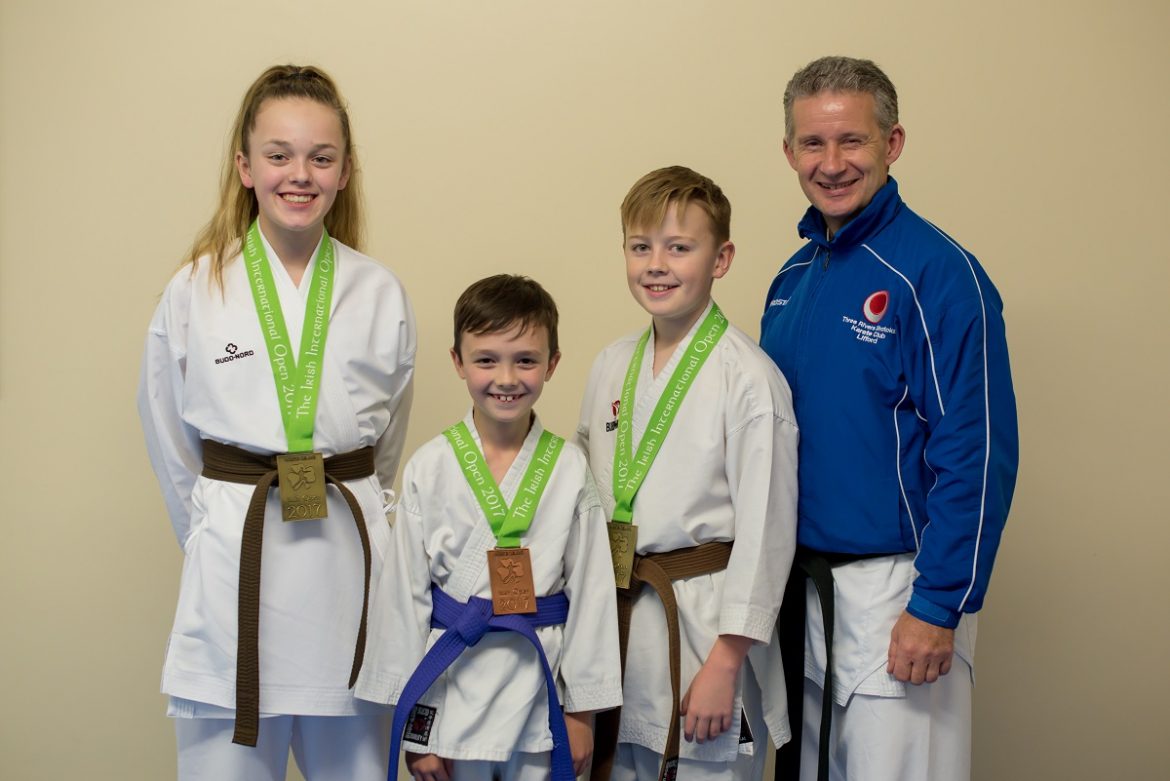 The Three Rivers Shotokan club tasted more success as the past fortnight saw them lifting titles both on the national and International stages.

Eoin Crawford made the trip to Ballinasloe last weekend to compete for the first time in the Karate Ireland ONAKAI national Kata championships and after a few great displays was crowned national champion to the delight of all who travelled with him.

Saturday saw the Irish International Open take place for the second year at the National Indoor Arena in Dublin. This competition is really making a name for itself as competitors travelled from all over Europe and as far away as Canada to compete for the titles up for grabs on the day.

Young Brodie Hannigan is starting to reap the rewards of all his hard work at training and seen himself stand proudly back on the podium with a bronze in Kumite. The competition seen both Emma Dolan and Ciarán Crawford make their debut appearances in their respective new age categories something that can prove difficult but this didn’t seem to disrupt them as both went on to be crowned International Open Kumite Champions.

The Lifford club are really making a great reputation for themselves on the Irish Karate scene under the guidance of Martin McNamee as they continue to lift numerous titles the attention is being drawn to their athletes which can be seen with Emma Dolan selected to train with the Female Irish squad this year on a regular basis.

The Three Rivers Shotokan club continue to train every Monday and Wednesday at the Resource Centre Lifford.