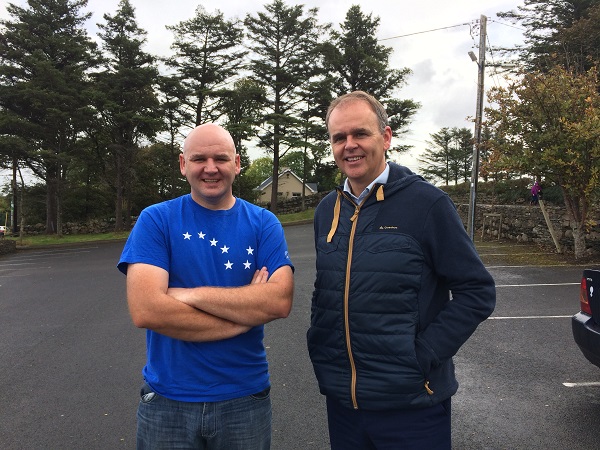 Councillor and Chairperson of the Glenties Municipal District Micheál Choilm Mac Giolla Easbuig has met with Government Chief Whip and Minister of State for the Irish Language, the Gaeltacht and the Islands, Joe McHugh TD today to discuss issues relating to West Donegal.

They discussed the Rann na Feirsde main road and the improvements needed here, the proposed play area in Anagaire, as well as issues on the islands of Árainn Mór, Owey and Gola.

Cllr Mac Giolla Easbuig says; “We also talked generally about my views on the lack of proper funding from central government to our Council, the Tony Taylor and Craigavon2 Campaign, the use of “supergrass” by the Free State government to convict Republicans, and the importance of reinstating the cliff rescue service at Bunbeg.”

“I will continue to liaise with Minister McHugh on these important issues over the coming weeks and months,” he concluded.