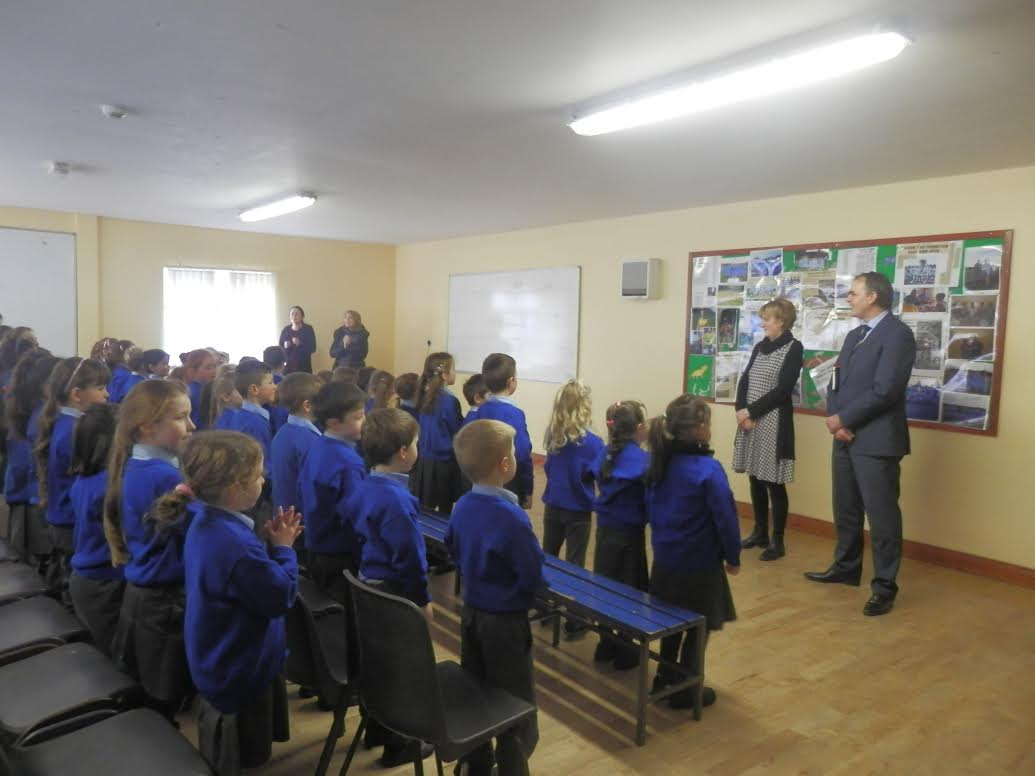 Approval has been granted today for a new school premises for Moville.

The funding will allow Gaelscoil Cois Feabhail Moville to move into the site at the old Boys’ School in the town with a complete refurbishment of the building and the addition of new classrooms, offices and other accommodation.

Joe McHugh TD says: “I have met with the Principal and members of the Board of Management in the past, and I know the school had been waiting for the funding for some time. I am delighted to tell them this has now happened.

“I visited the school recently which is currently located in temporary premises at Moville GAA club and I was delighted to meet many of the pupils there. This announcement allows the school to now plan for its move to purpose-built premises.

“I want to thank Minister Bruton and the Department for agreeing the funding today to enable the school to carry out these important works.”

On the Buncrana Three School Campus, another ongoing issue in Inishowen, Minister McHugh stated: “I am aware that the Three School Campus issue is still ongoing, and I have been in contact with Anne McHugh CEO ETB, and Donegal County Council, as well as my Government Cabinet colleague Minister Richard Bruton TD.

“I have requested a meeting between education leaders in Buncrana and Donegal and Minister Richard Bruton to assess progress on the Three School Campus, following a request from the ETB to meet with the Minister” said McHugh.

“Minister Bruton has assured me that everyone is working to progress this to a conclusion as soon as possible. The Three School Campus in Buncrana is a vital project for the town and surrounding areas.”