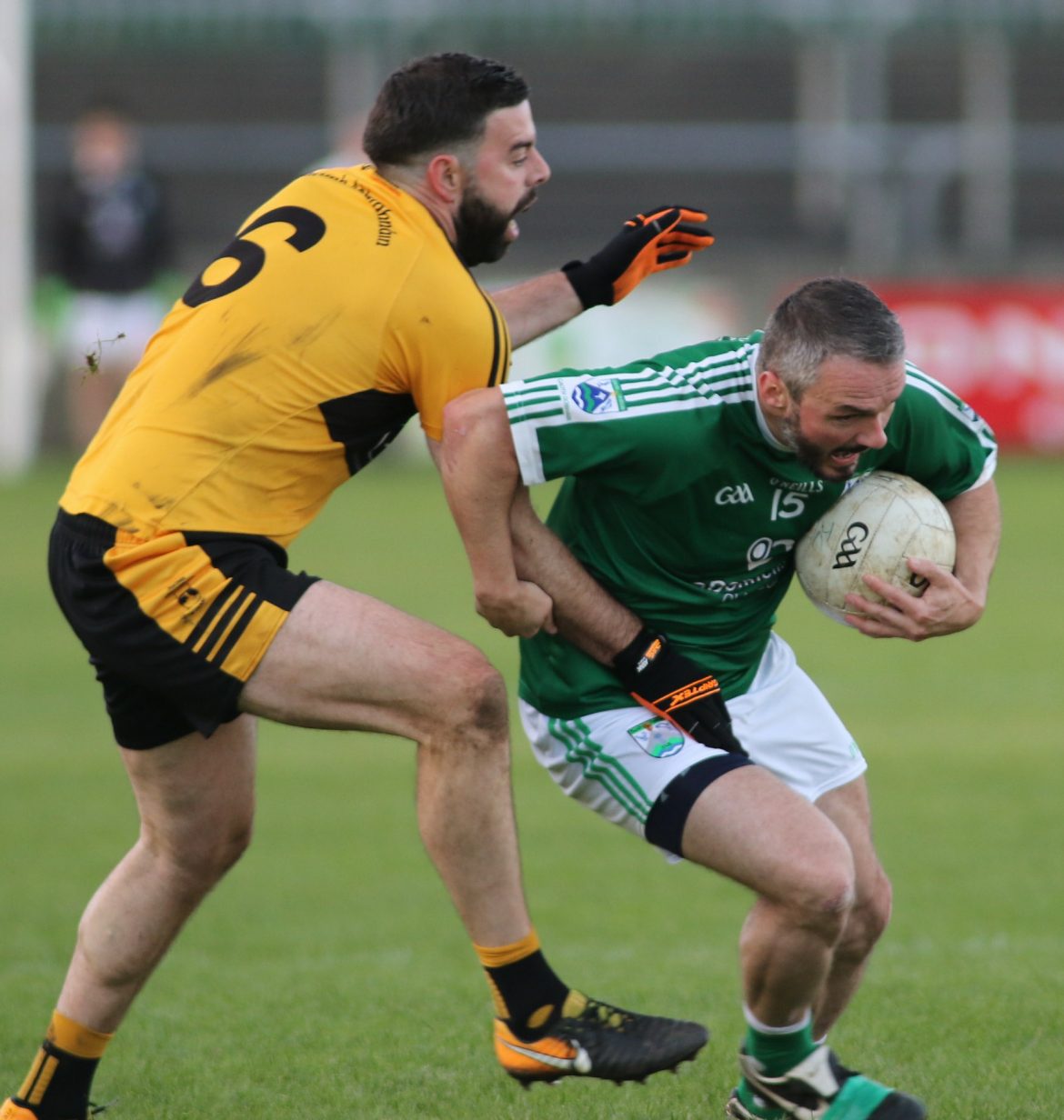 ST EUNAN’S ARE back in with a shout of defending their Michael Murphy Sports & Leisure Senior B Championship.

Jim Clarke’s team overcame Gaoth Dobhair in this evening’s semi-final at MacCumhaill Park to set up a final meeting with Naomh Conaill next month.

The Letterkenny side went in 0-6 to 0-3 up at half-time, with three players scoring a brace of points apiece – Oisin Carr, Mark Forde and Micheal Martin.

Gaoth Dobhair saw Conor Boyle score three and Michael McKelvey, but with Martin hitting five in all and Jake Whelan coming off the bench to score three times, St Eunan’s were always in control.

Forde put the icing on the cake with a splendid goal in the last minute to seal the win.