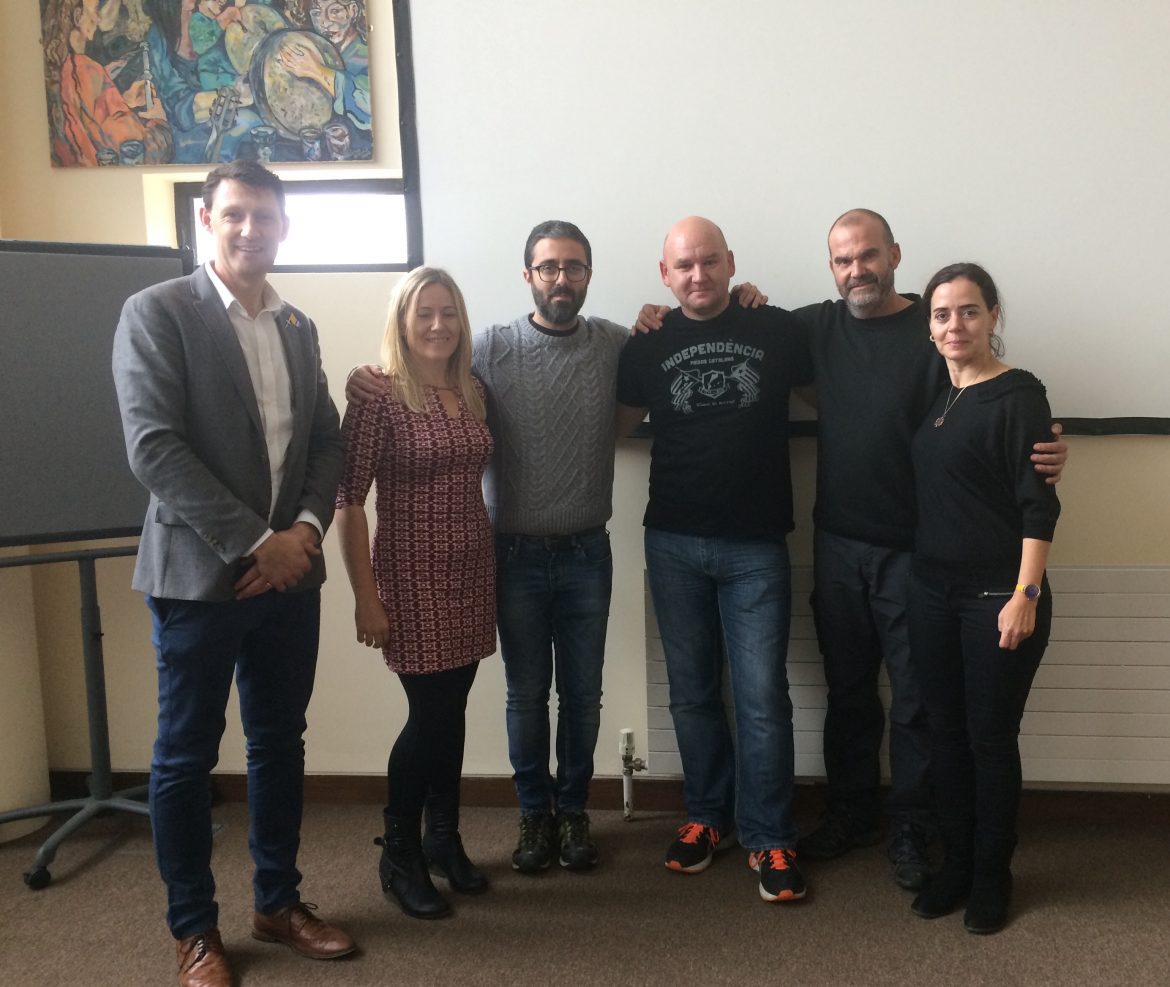 Independent Cllr Michael Cholm Mac Giolla Easbuig has given a group of Spanish students some passionate encouragement for their future endeavours.

The Glenties Councillor this week welcomed teachers and students from the Sant Salvador school in Artà, Mallorca, to the community.

The students are visiting Ireland with their teachers Tofol Massanet and Pere Riutort as part of an exchange program with Pobalscoil na Rosann.

Cllr Mac Giolla Easbuig and District Area Manager Eamonn Brown outlined the workings of the council to the students. Mac Giolla Easbuig then took the opportunity to encourage the young visitors to consider the pursuit of activism in their future careers.

Cllr Mac Giolla Easbuig said: “I also talked about why I decided to become a councillor and how important programmes like these are and the importance of international solidarity with working class people from other countries, especially at a time when we see all across Europe the rise of right-wing moment.

“I talked about the importance of challenging fascism and capitalism and how I only see these ideologies been challenged through progress socialist movement.