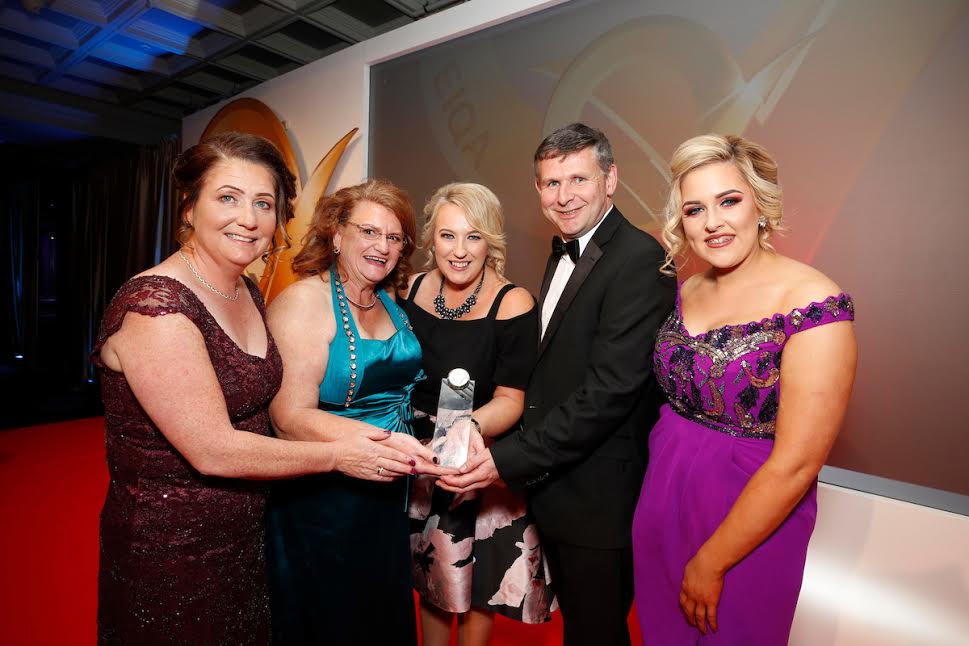 Tobin’s SPAR Express Letterkenny was named Best Service Station in Ireland with a Café and Deli for Hygiene and Food Safety at the awards, held in the Clayton Hotel.

Their nomination earlier this year put them in the top 6.75% of all audits completed by the EIQA on the island of Ireland and this win means they are at the very top of the Q for highest standards of Quality and Excellence.

“This is a fantastic achievement for our business. We are a single site operator with an absolute commitment to hygiene and food safety standards. We are delighted that our businesses commitment has been nationally recognized” said Annette Tobin, Director

Speaking at the awards Irene Collins, Managing Director of EIQA said: “Eddie, Annette and the team are truly committed to high standards of operational hygiene and food quality. They have put ‘service’ back into service station. Winning this Q Mark award is a fantastic endorsement of that commitment.”

Tobin’s Service Station is a family run business established in 1980 which incorporates a modern attended forecourt, carwash facility, convenience store and 90 seated café/deli. They pride themselves on delivering a consistent high level of customer service coupled with top store standards. They currently employ 37 staff and have been in the Q mark programme since 2009.

Their nomination put them in the top 6.75% of all audits completed by the EIQA on the island of Ireland and this win means they are at the very top of the Q for highest standards of Quality and Excellence. 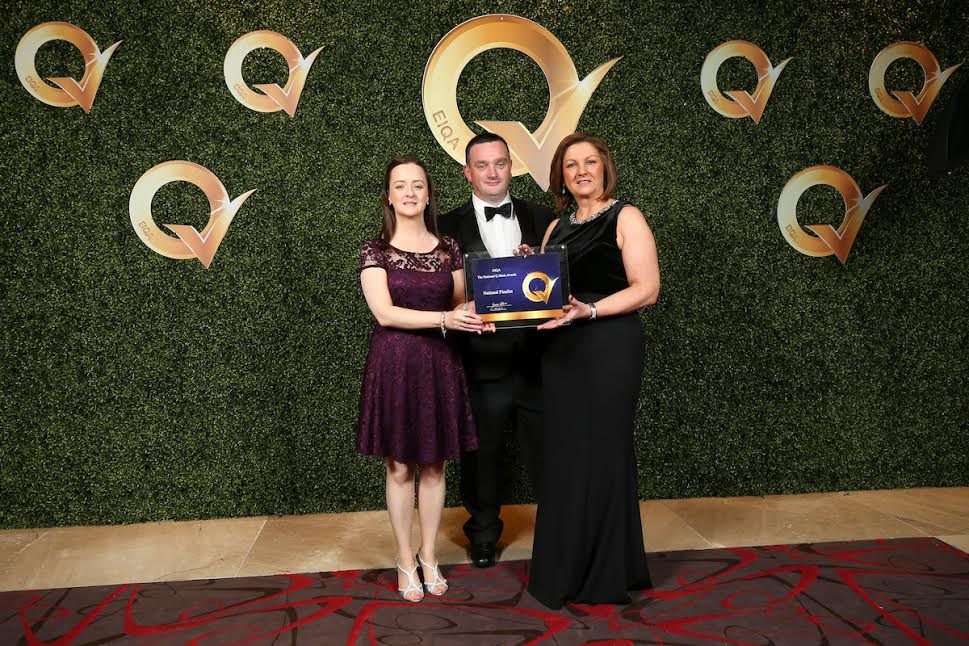 “Winning a Q Mark award is a national recognition and confirmation of everyone’s dedication and efforts. It is a major boost for all of us” said William Toye, Head Baker in Whoriskey’s Eurospar. “This is a testament to the entire team’s hard work and dedication to hygiene, food safety and customer satisfaction. It is a firm indicator of success for us”

Whoriskey’s Eurospar is a family run supermarket, situated in Ramelton, Co. Donegal with a hot and cold deli, a butcher’s counter and an instore bakery. They proudly serve their local community and the surrounding areas. The Whoriskey family have been in retail in Ramelton since 1936 and now have a total of 36 full and part time employees.

Over 500 people representing 135 companies attended the glitzy, black-tie ceremony at the Clayton Hotel, Burlington Road in Dublin 4 in competition for one of only 26 awards presented. The Master of Ceremonies was Chicago based keynote speaker, author and business humourist Conor Cunneen; Irishman Speaks. Funds raised on the night for Debra Ireland were much appreciated and celebrations went on into the early hours with live music from ‘The Swing Cats.’