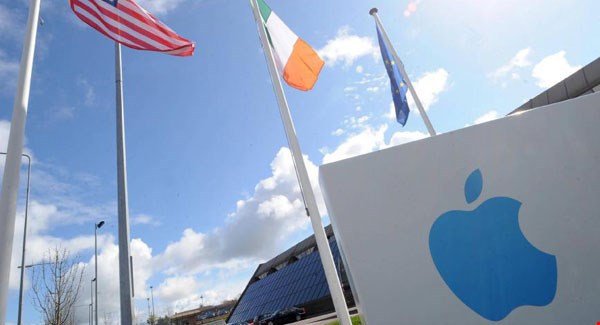 MEP: “We’ve shot ourselves in the foot” over handling of Apple tax debacle

Ireland’s actions on Apple Tax have a GUBU (grotesque, unbelievable, bizarre and unprecedented) ring to them according to Marian Harkin MEP.

This follows the announcement that the State may face the European Court of Justice for not collecting the €13 billion Apple tax bill.

Marian Harkin says; “Ireland already has a tough battle to fight over the issue of a common consolidated corporate tax base without being caught with its pants down over the matter of failing to recover the €13bn that the European Commission has ruled is owed to Ireland by Apple.

“There are two separate issues here, first the actual ruling on illegal state aid of €13bn to Apple which Ireland is contesting in the European Court of Justice.

“However the second is that notwithstanding their appeal, Ireland has an obligation to collect the money and if they choose, place it in an escrow account, but they must do so within four months of the Commission ruling. The ruling was made on August 30th 2016 which means Ireland has exceeded the time limit by over 200%.

“We have nobody but ourselves to blame for this embarrassing situation which puts us on the back foot in regard to tax matters. I have no doubt it is a complicated issue but we know the determination of the Commission on this matter and we have shot ourselves in the foot by not acting more promptly.

“The fact that we may be fined by the European Court of Justice for not collecting money deemed to be owed to the Irish state by the European Commission has a somewhat GUBU ring to it”, Marian Harkin concluded.

A spokesperson for the Department of Finance says that Ireland has never accepted the Commission’s analysis in the Apple State Aid Decision, and says it is “disappointing”, “extremely regrettable”, and “wholly unnecessary” that the Commission has taken action.

“We have always been clear that the Government is fully committed to ensuring that recovery of the alleged Apple state aid takes place without delay and has committed significant resources to ensuring this is achieved. Ireland fully respects the rule of law in the European Union.

“That is why it is extremely disappointing that the Commission has taken action at this time against Ireland.

“Irish officials and experts have been engaged in intensive work to ensure that the State complies with all its recovery obligations as soon as possible, and have been in constant contact with the European Commission and Apple on all aspects of this process for over a year.

“It is extremely regrettable that the Commission has taken this action, especially in relation to a case with such a large scale recovery amount. Ireland has made significant progress on this complex issue and is close to the establishment of an escrow fund, in compliance with all relevant Irish constitutional and European Union law.

“The work on the establishment of the escrow fund to deal with the unprecedented recovery amount will continue, notwithstanding the fact that Commission has taken this wholly unnecessary step.”