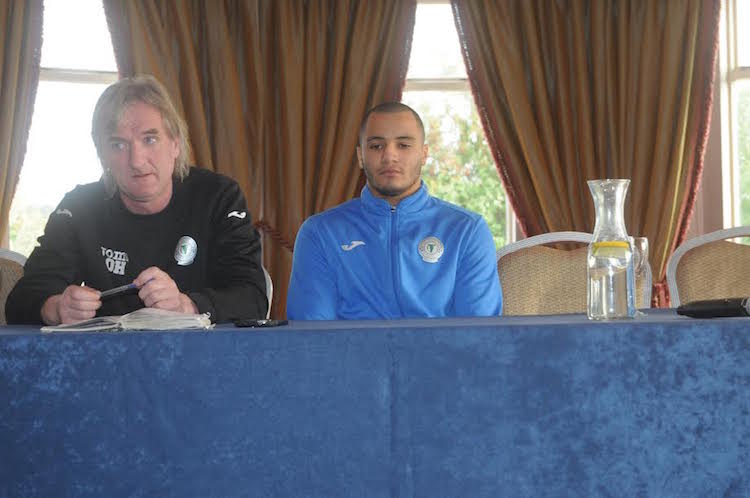 Finn Harps made representation to the FAI voicing displeasure at the kick-off time for Saturday’s Premier Division game against Dundalk.

Harps officials are concerned at the adverse affect the 5pm kick-off time will have on the attendance, with the fixture set to be shown live on RTÉ.

The game was originally due to begin at 7.45pm, but the change is to facilitate the tv coverage.

And it has caused some headaches among Finn Park chiefs.

“I don’t think RTÉ are coming here to have a look at Finn Harps,” the Harps manager, Ollie Horgan, said.

“We’re delighted to see them, yeah, but the difficulty that we have is that we get no remuneration from it. It’s being moved from eight to five on a Saturday evening.

“We have no say it and we are the ones who suffer financially.

“Being cynical about it, through tragedies nearby here RTÉ cameras could have come out here, but they didn’t. The club made representation regarding the 5 o’clock start, but it went nowhere.”

Horgan has two of his squad members who work on Saturdays but who have, despite late notice, been able to get time off.

The news follows last week’s FAI Cup semi-final between Dundalk and Shamrock Rovers when Dundalk officials and the Gardai urged the FAI to go for an earlier kick-off, but the game pressed on with a 4.45pm start time.

This was due to the reason that the game ‘needed to fall in line with television schedule requirements’, a Dundalk spokesperson told the Dundalk Democrat this week.

Damage was caused to the Oriel Park pitch when Rovers fans threw a flare on from the terraces while damage was also done to facilities and hoardings in the away section.

“The television schedule set the agenda on this and I think it’s time people got their priorities right,” the un-named Dundalk official said.