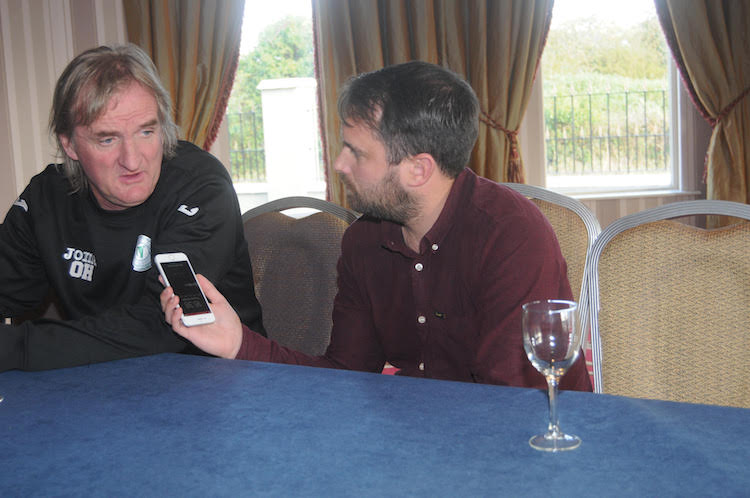 Ollie Horgan knows that there won’t be a flurry of punters rushing to the turf accountants to lay bets on Finn Harps on Saturday evening – but the Harps manager won’t be waving the white flag just yet.

Harps are second from bottom, albeit on goal difference, with four games to go and face an uphill battle to retain their Premier Division status.

Harps are two points off the positions of safety but time, games and points are running out.

And League champions Dundalk are in Ballybofey on Saturday evening for a live television clash.

“They’re all difficult games but this is as difficult as it gets,” Horgan said ahead of the visit of the Lilywhites.

“It makes our run-in more difficult, but so be it.

“It possibly is a good thing that no-one is giving us a chance and expectations are low.

“No-one in their right mind will pencil us in for any points for this one. It would take a huge turn of events for us to get something out of it.”

Horgan says his team will need ‘three results’ in the next month to survive.

For Saturday, Harps will again be without Packie Mailey, while Horgan says he has doubts about the availability of Sean Houston, Ethan Boyle and Paddy McCourt.