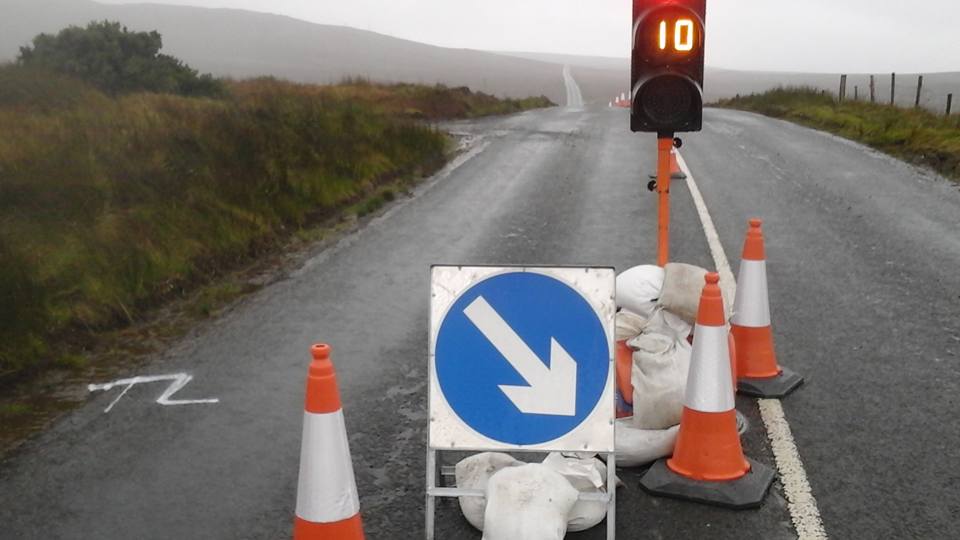 Donegal County Council, The Irish Defence Forces, and local people were involved in the arduous task of cleaning up after the floods, with the shockwaves still being felt throughout the community today.

This morning Donegal County Council announced the reopening of Mountain road between Carndonagh and Buncrana at Craignahorna bridge. It is open to single lane traffic.

During the floods, the masonry arch collapsed and diversions were put in place.

Over 600 complaints have been made along the 1,500km road network in Inishowen, with approximately 115 bridges being damaged by the flooding (a quarter of these bridges were completely destroyed).

It may take 6 to 12 months to arrange permanent replacements for these bridges.

The total repair costs have been estimated to be in the region of €15.3 million. The floods have taken a huge toll on the community, with over sixty families being displaced from their homes and hundreds of other homes damaged. There are also hundreds of farmers whose livelihoods have been destroyed by the torrential floods.