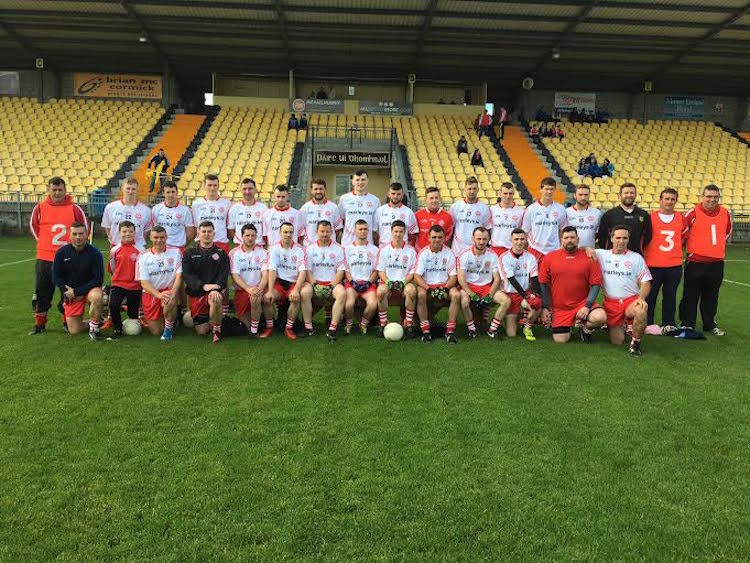 A stronger second half saw Glenfin win their first Intermediate B Championship in 16 years as the Pairc Taobhoige men defeated Milford by four points.

The teams were level at the short whistle and the game was still up for grabs until Marc Brown shrilled the whistle for the final time.

It was a game that never really caught fire, in spite of a number of good goal chances at either end.

A late brace by the substitute Jason Marley ensured that Glenfin wouldn’t be caught with Milford scoring just three points in the second half and two of those coming in the closing moments.

Glenfin were in for a goal in only the second minute and, while Ronan Gallagher saw his attempt beat Conal McFadden, the shot cannoned back out off the post, but McDermott steered over from the rebound.

Milford, who drew level through a Marty Doyle free, had a chance of their own soon after when James Doyle played in Kieran McHugh, who shot tamely into the hands of Liam O’Meara.

Ross McDermott (free) and Ethan O’Donnell had Glenfin in front, but each time Milford got back level with Enda McHugh and Kieran McHugh on the mark with fine points.

Glenfin corner-back Shaun Foy, the Glenfin captain, saw an outside-of-the-boot curler fly to the right and wide, an effort that might well have caught McFadden out had it been a few inches to the left.

While Glenfin won the kick-out for McDermott to point, Milford responded again through a Doyle free.

Milford had been beaten by Cloughaneely 3-10 to 1-5 in a semi-final two weeks ago, but the Moyle View men found themselves back in the mix again, following an objection. 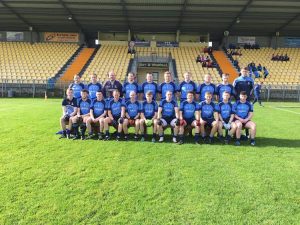 Milford led for the first time when Doyle arched over a splendid score from distance but, after Tony Carlin’s pacy gallop was halted on thge 13-metre line, McDermott sent them in all square, 0-5 apiece, at the break

While it took Milford 14 second-half minutes to add to their tally, via a Doyle free, Glenfin saw Stephen McGlynn bat over from Dean Herron’s ball in, McDermott convert a free and O’Donnell add to his total with a neat effort.

Both sides spurned goal chances midway through the second half.

Ronan Gallagher blasted wide after a mazy rum by Matthew McGinley and, at the other end, James Doyle powered through and fired into the side-netting with many of those clad in Milford’s blue and navy toasting a goal that wasn’t.

McGinley could have wrapped it up, but had to settle for a point after Herron and O’Donnell combined.

Marley swung over a late double to seal it and give Glenfin their first success at this grade since 2001 – when they last competed in it.

Glenfin get away from Milford in second half to win Intermediate B title was last modified: October 8th, 2017 by Chris McNulty
FacebookTweetLinkedInPrint
Tags:
2017 Intermediate B Football ChampionshipEnda McHughEthan O'DonnellglenfinJason MarleyKieran McHughMarty DoyleMilfordRoss McDermott