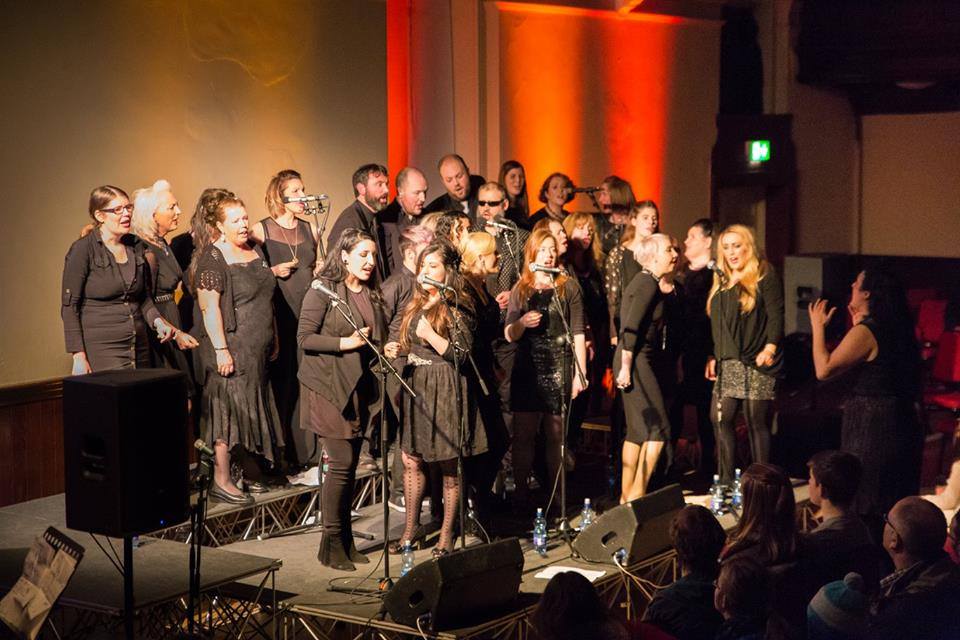 After two classical concerts in 2016 and springtime 2017, The Church of Ireland in Lettermacaward are proud to invite the Inishowen Gospel Choir to join them on the night of 21st of October 2017 at 8.00pm

Founded in 2005 by two friends who wanted to bring the sounds and spirit of gospel music to their community, the Inishowen Gospel Choir has grown exponentially.

The choir has performed at events from local concerts in the north west of Ireland, to world-renowned music festivals such as Glastonbury and Electric Picnic.

The choir has retained its community-based character and energy, which combined with musical excellence, has seen it perform with some of the best-known names in the Irish music scene, including Kila, The Henry Girls, Liam Ó Maonlaí, Duke Special, Declan O’Rourke, Bronagh Gallagher, Foy Vance, Cara Dillon and Moya Brennan.

Based in Carndonagh, Co. Donegal, the choir is musically directed by Dr. Neil Burns and Dr. Anna Nolan.

The choir has performed at hundreds of events from carol services to choral festivals and from weddings to presidential visits.

A unique blend of spiritual, gospel, soul, roots, rock and folk has helped the Inishowen Gospel Choir become a regular feature at music festivals throughout Ireland.

The choir is also no stranger to the airwaves having performed live on RTÉ Radio 1 from Electric Picnic as well performances on Today FM, Highland Radio and BBC Radio Foyle.

After the performance in the Church, everybody is invited for tea and light refreshments in Elliott’s lounge. That is a good occasion to meet and chat with the members of the choir.