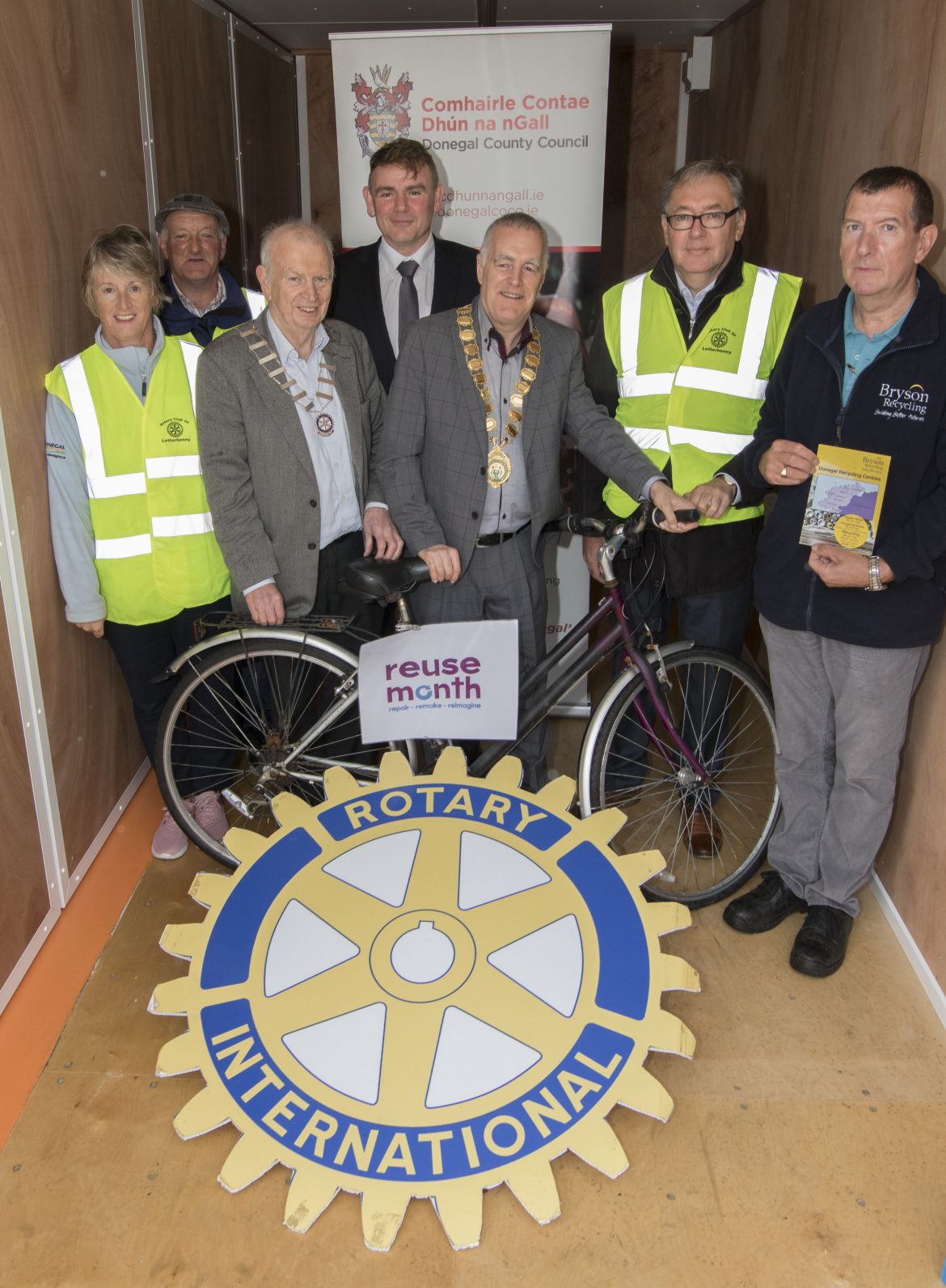 Do you have a bike to ReCycle for African schoolchildren?

People across Donegal are being called upon to donate their unwanted but repairable bikes and get a great project in motion.

Letterkenny Rotary Club has joined up once again with Donegal County Council and Bryson Recycling as part of Reuse Month for their ‘Bike 4 Africa’ campaign.

Members of the public are being asked to donate their old unwanted but repairable bikes by leaving them at any of the six Bryson Recycling Centres in Donegal during the month of October. These bikes will be repaired and refurbished and sent to Africa where they will be allocated to secondary school children to help them get to school each day.

Last year over 300 bicycles were donated from all over Donegal and this year Paddy Delap, Letterkenny Rotary Club President is keen to get a similar response.

“The response to the appeal last year was overwhelming and we want to do the same again this year. It costs €10 per bike to have them transported so any donations received by the Rotary Club will be really appreciated”.

This is the second year running that Donegal County Council has supported this initiative as part of the National Reuse month campaign which is about encouraging people to rethink what they do with their waste and to pass it on, repair it or refurbish it into something new.

Cllr Jimmy Kavanagh, Mayor of Letterkenny Municipal District believes that “this is a great initiative and one that clearly demonstrates what we are trying to achieve during national reuse month. Donating, refurbishing and repairing items are all forms of reuse and offer people a chance to save or make money, get creative, learn a new skill and be environmentally conscious”.

Bikes can be left at any of the six Bryson Recycling Centres in Letterkenny, Dungloe, Milford, Carndonagh, Stranorlar, Laghey during opening hours in October.

Once the bikes are collected, they are sent to Loughlan House, the correctional facility in Co. Cavan where the Irish Prison Service has arranged for the inmates refurbish the bicycles as part of their rehabilitation and training programme.

Bikes are then transported to The Gambia, where Rotary’s partner organisation “Jole Rider Gambia” pre-selects the schools, and then oversees the distribution of the bikes, with the assistance of the Gambian Education Ministry.

Bikes remain the property of the school, with teachers allocating them to the children according to set criteria. When a child graduates from school, their bike is then reallocated to another child. This means that each bike impacts positively on as many as 10 students. Letterkenny Rotary Club was successful in sending 50 + bicycles last year, and want to do the same or even more this year. It costs €10 per bike to have them transported.

Connie Gallagher, Manager with Bryson Recycling said “we are delighted to support the Bikes 4 Africa appeal during Reuse Month and we encourage members of the public to donate their unwanted bikes to this worthy cause. It will also give people a chance to see the range of options that we have at the Recycling Centres for recycling household waste”.

Bicycles can be left at any of the six Bryson Recycling Centres in Letterkenny, Dungloe, Milford, Carndonagh, Stranorlar, Laghey during opening hours throughout the month of October. For Recycling Centre opening times and more on Reuse month visit www.donegalcoco.ie