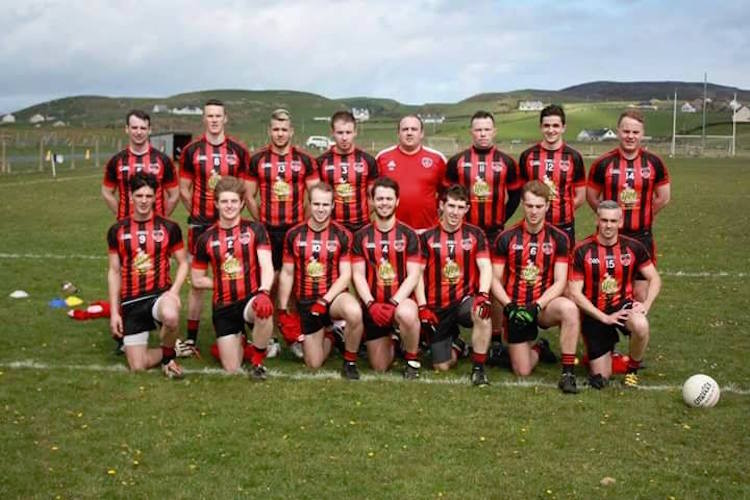 Red Hughs had two bites of the cherry two years ago, but lost out to a dramatic last-minute winner by Naomh Ultan’s Cian Kennedy in a Junior final replay.

In their pomp, Red Hughs contested two senior finals, losing out to Aodh Ruadh in 1996 and to Killybegs in 1991. You have to go all the way back 36 years to 1981 for the last time Red Hughs were Junior champions, while they also lost a final in 2003 against Naomh Bríd.

Bradley has become a key man for Red Hughs since parking a promising soccer career.

“We thought we were the better team, but we let it slip and gave away a bad goal,” he says of the disappointment of 2015.

“We were confident going to both games that year, but it wasn’t to be.

“It’s been a long time since the club won a Junior Championship.

“We were in the final and lost the replay two years ago. We have to make it right again.”

Bradley had been on the Donegal Under-21 panel some years ago, but had to withdraw from the squad as he went off to join the army. Now stationed in Finner, he can enjoy some local GAA banter with the likes of Naomh Colmcille boss Ryan McKinley.

Bradley says: “A lot of teams finished since august so it’s good to still be involved. There’s a good buzz around the place about it. It’s always good to be fighting for silverware at this time of the year.”

Two years ago, Red Hughs were pipped 2-6 to 2-5 in the replay by Naomh Ultan, when Bradley netted one of the Red Hughs goals.

They were relegated from Division 3 the same year, but are back in Division 3 this year and have been more than competitive, recording wins over Senior Championship sides like Burt and Naomh Muire. 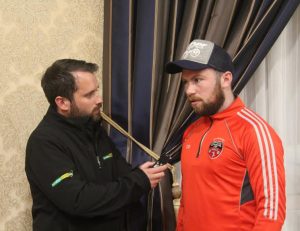 Bradley says: “We’ve been going very well in the League and beat Burt and Naomh Muire. We know this will be a different day and we just have to perform.

“You’d think playing Division 3 would stand to us, playing teams that have been at a higher level for longer, but Naomh Colmcille were in an Intermediate final a couple of years ago so that will stand to them.”

Bradley was on the books of Finn Harps for a time and played on Donegal Schoolboys League representative teams. Naomh Colmcille’s powerful William Lynch was among his team-mates in those days and on the Gaelic fields Red Hughs and Naomh Colmcille have been regular foes over the years.

Bradley says: “I’d have played with a few of those guys growing up. We’ve always had big battles.”