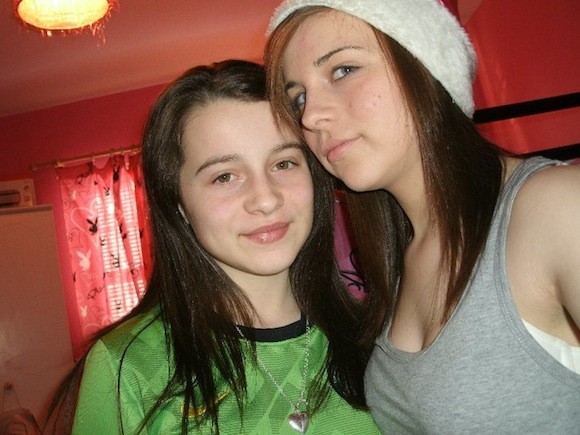 A young girl wrapped her Christmas presents and wrote a note to her mum just a short time before being found dead by suicide at a foster home in Co Donegal.

Details of Shannon’s last days were given at a heartbreaking inquest into her death in Letterkenny today.

Among those at the inquest were Shannon’s mum Lorraine, grandfather John as well as foster parents Gerard and Karen Doherty in whose home she died.

Mr and Mrs Doherty gave details of finding Shannon dead at their home at Stranamuck, Castlefin at around 11.40pm.

The inquest at the Mount Errigal Hotel was told that Shannon had agreed to move in with a foster family as herself and her mother Lorraine had been arguing a lot following her sister Erin’s death.

Both agreed that a voluntary foster placement would give them some time and space apart to help eachother.

Mrs Karen Doherty told the inquest how she had found Shannon to be a normal teenager who mixed well with her family from when she arrived on November 30th.

She recalled how she often spoke about her late sister Erin and how important it was not to be influenced by other people.

She told that how on the day she died, Shannon had been viewing phone videos of her late sister but showed no signs of being unhappy.

They had been wrapping presents and Shannon went back down to her bedroom around 10.30pm.

Mrs Doherty went to Shannon’s room to see if she would like a cup of tea but her light was off and the key was missing from the door.

She phoned Shannon but could not get an answer and after finding another key, Shannon was found in her room lifeless.

CPR was started and the emergency services was called and Shannon was pronounced dead a short time later.

As she was leaving Mrs Doherty said she placed a picture of her sister Erin, which she had kept on her bedside locker, on her chest.

Her husband Gerard gave similar evidence to his wife.

All agencies who gave evidence reiterated that the Doherty family had been excellent foster parents for Shannon during the ten days she spent at their home.

Solicitor for Shannon’s mum Lorraine, Mr Patsy Gallagher, asked the Dohertys if they had been told by social workers that Shannon had tried to self-harm which resulted in her being hospitalised.

Mr and Mrs Doherty said they could not recall being told that Shannon had previously tried to self-harm on October 23rd, four days before her sister Erin took her life on October 27th.

However social worker Karen McCormack said her recollection was that the Dohertys had been told there had been any incidents of self-harm but did not specify the date.

Ms McCormack said there was no indication that Shannon had any inclination to take her own life.

“Based on the information that the foster carers were relaying and my meetings and home visits and keeping a steady eye on the case, we definitely had no indication that Shannon would do what she did,” she said.

The present principal of Finn Valley College, Mr Alan Thompson, who was not working in the school at the time, gave an account of Shannon’s time at the secondary school in Stranorlar.

He said Shannon was a pleasant student of average academic ability who had occasional outbursts of bad temper.

However, he said she had been attending a school guidance counsellor after the death of her sister Erin.

He confirmed that October 23rd, Shannon’s mother arrived at the school and confirmed that Shannon had attempted to take her life by overdosing and was hospitalised.

He also confirmed there were other reports of self-harm.

Psychiatrist Dr Don McDwyer also confirmed that he had five consultation sessions with Shannon before her death but said her moods and demeanour were improving when she went into foster care.

Mr Emlyn Hughes, Principal Social Worker with the Child Protection Agency in Donegal, said they were fully aware that Shannon was a high risk and that risk was reflected in their actions.

And he added that the foster parents would also have been aware of the risks.

He said that normally a child in foster care would receive one visit in the first month.

He added “Joe Neillis (social worker) was in that house five times in the twelve days she was in foster care. It really was a unique response to a unique situation. I have no shadow of doubt that while we did not go into details they would have been aware of the risk that this child would have needed monitoring above and beyond the norm.”

Pathologist Dr Katrina Dillon said that death was due to a lack of oxygen to the brain caused by hanging.

The jury foreperson said they would also like to add a rider in delivering their finding.

“We were a bit shocked that only one visit required by TUSLA to children in foster care within the first month. We feel that one is not enough,” she said.

Coroner Dr Denis McCauley thanked all those who came together for the inquest for what he said was a “dreadful tragedy.”

“This is a dreadful case and we know Lorraine lost both Erin and Shannon and I don’t think any one us can comprehend that dreadful tragedy. We saw in this case that this inter-agency action tried their best but the result was not what we were hoping for,” he said.

He urged any young people who are feeling down to speak to a friend, an adult or a teacher and that the more freely we talk about them we can reduce the episodes of suicide in Ireland and particularly in Donegal.

If you have been affected by any issues raised in this report, there are a number of organisations you can contact: