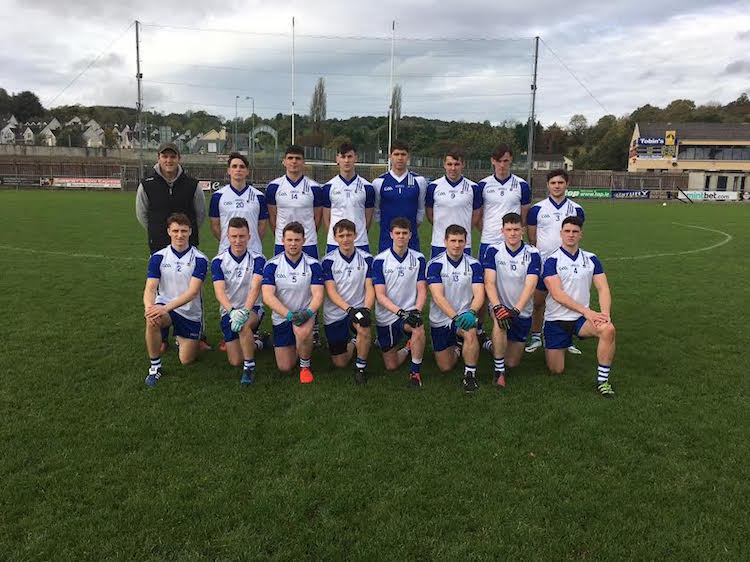 Michael Murphy’s managerial reign off to a flyer as LyIT hit nine goals!

The Donegal captain and Glenswilly star has taken on the reigns at the Port Road campus this year.

They led through Michael Carroll’s goal after just six seconds and never looked back.

Carroll profited after Jason McGee won the throw-in and the Gaoth Dobhair man raced in to blast home.

Another of Murphy’s Donegal squad-mates, Darach O’Connor, netted in the second minute and already there was an air of inevitability for a side that also included the likes of Danny Rodgers and Michael Langan.

While James McKenna netted for Coleraine in the sixth minute, Carroll got the third LyIT goal in the 11th minute when he stroked home a penalty after a foul on McCormick.

John Campbell bagged the fourth, only for Daniel Cassidy to reduce the arrears with a penalty, but with McCormick adding three points to his tally, LyIT had an unassailable advantage at the short whistle.

Substitute Darragh Black fired home number five when he got possession via a delightful pick-up, while McCormick and O’Connor netted goals in quick succession.

Another sub, Daniel Brennan, was on the mark five minutes from the end and McCormick twisted the knife further with his second and LyIT’s ninth.