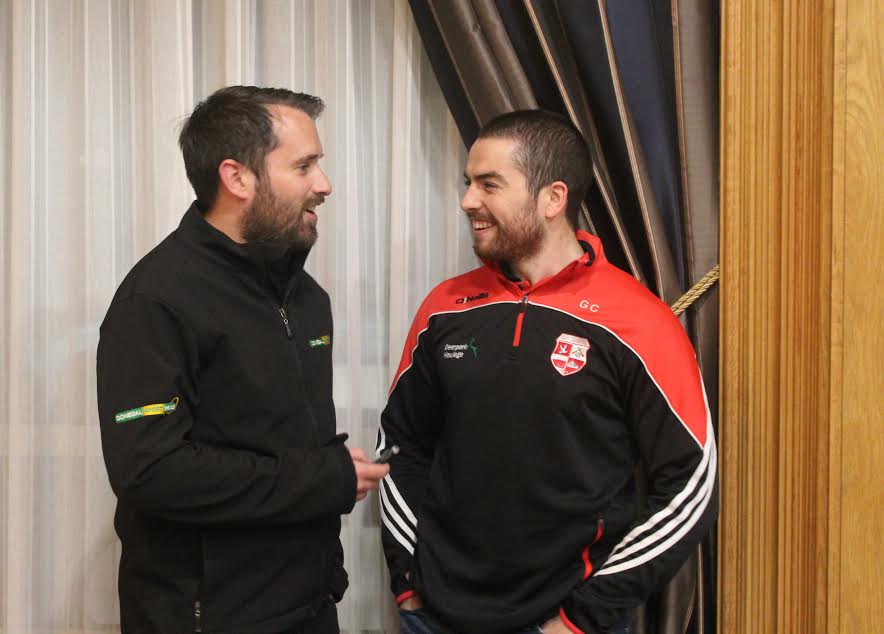 Gerard Curran’s mind harks back to a different era when press calls and interviews were autumnal tasks for other clubs.

But since 2010, Naomh Colmcille have had the club’s best period.

Seven years ago, Stephen Friel rocked up to a squad that hadn’t won a Championship game in ten years.

Remarkably, they won the Junior title that year before kicking on into the Intermediate Championship, reaching a final they lost heavily two years ago.

“That Intermediate final came too soon. It can work two ways, a defeat like that: You can bounce straight back or you take a big hit. Last year, we took a hit.

“We got relegated in the League and in the Championship. We’ve been back in Division 4 again. It’s a complete new set-up with a new manager and some new players.”

Ryan McKinley, who played on those teams of 2010 and 2015, has taken charge this year and a drop in grade has enabled them to find themselves again.

Curran remembers a time when the phone calls would go around on a Sunday gathering players to line up for Naomh Colmcille.

They were the days when managers actually used the buttons of their phones to dial players. WhatsApp groups had yet to become the means of communication for squads.

“We’ve been talking about the bad old days for a while – I played in them,” he says wryly.

“Thank God, we’ve turned the corner since that. You remember the bad days more. I can remember more about that Intermediate final against Bundoran than I can about the year we won it.

“In 2010, players like myself were coming of age. We were able to kick on.

“The turning point at that time was Stephen Friel coming in and putting belief into us. He got us training and he set up a reserve side, which was massive for us.

“The players were there, but they just needed that wee bit extra. Barry O’Hagan came in around the same time and players learned massively from a player like that. He set such a good example.

Naomh Colmcille had a decent League campaign, but were pipped to the promotion spots by Na Rossa and St Mary’s, Convoy.

Curran says: “We messed up a bit in the League, but we got the act together for the Championship.

“The boys bounced back well. We’ve trained good since pre-season.

“We were top for a good bit of the year, but maybe complacency set in a wee bit, It shows you how tight the League was – we only lost three games and we missed out on promotion.”

Thomas McKinley, who has since moved to Australia, was on the Donegal panel that won the All-Ireland in 2012, while the likes of captain Willie Gillespie, Ryan McErlean, Daniel Clarke and Michael Lynch have all worn county shirts of late.

Curran says: “Thomas broke the mould and the likes of Ryan McErlean, Willie, Daniel and ‘Farmer’ have followed. It’s always good to get men coming back from county with stuff like that. They’re a different level.

“The boys now, they need to kick on too, like we did in 2010. They’ve stepped up until now and there’s so many of them. Winning this would just get the building blocks set for us again.”