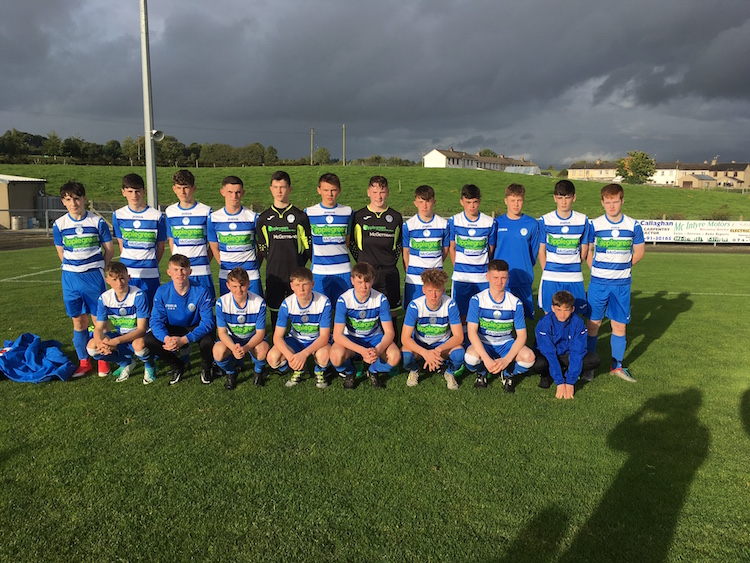 Kevin McHugh’s Finn Harps Under-15 have been in scintillating form this season and face Monaghan-Cavan Football Partnership tomorrow in Gweedore in their final home game of the season (2pm).

Harps have netted 31 goals in their eight games of this inaugural Under-15 campaign.

The Harps young guns are top of the table and face challengers Sligo away from home next weekend.

“It was great to keep our unbeaten run going, but as talked about afterwards in the changing room and at training last night, we need to improve our ball retention,” McHugh said this week.

“At national league level you just can’t keep giving away possession cheaply.  So that’s something we will be working on over the coming days and weeks.”

Luke Rudden has scored 12 goals already this season while Daniel Gildea has bagged four in the last five games.

McHugh said:  “This weekend we take on an improving Cavan Monaghan FP team, who have travelled away to Sligo and got a point and then drew with Derry last weekend.

“We know there is no easy games at National League level and will be preparing as best we can to finish the season strong.”

The game takes place at An Screaban and McHugh added: “It’s great to be able to take a national league game outside of the Finn Valley area, as we have boys in the squad from all over the county, it’s maybe something we will look at doing more of next season.”