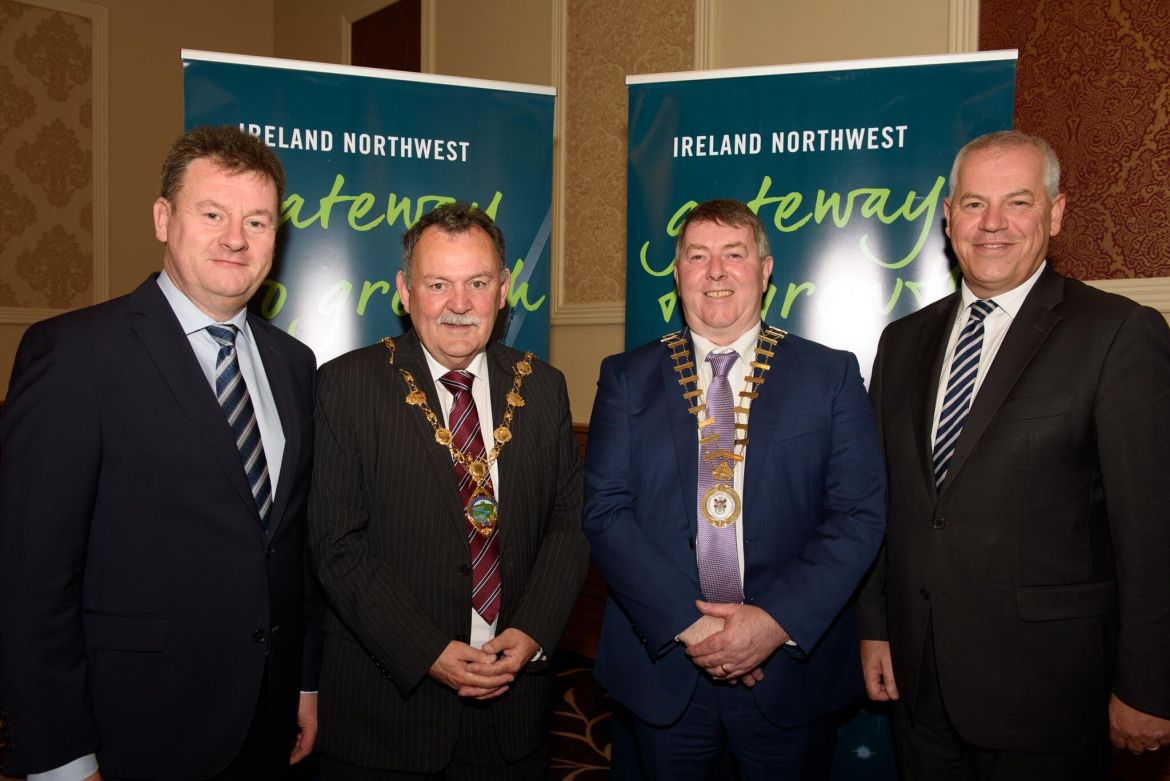 The recently established North West Regional growth structures are set to get a boost this weekend when Taoiseach Mr. Leo Varadkar T.D. visits the region.

The Taoiseach will be meeting with the Cathaoirleach of Donegal County Council Cllr. Gerry McMonagle, the Mayor of Derry City & Strabane District Council Cllr Maolíosa McHugh and Chief Executives of both Councils along with members of the North West Region Development Group in the City Hotel in Derry on Saturday morning.

This meeting will provide both Councils with an opportunity to highlight the strong momentum for continued growth and prosperity that currently exists in the North West City region and to share information on the new regional growth structures that have been recently established.

This includes the North West Strategic Growth Partnership which has been endorsed by both governments through the North South Ministerial Council and which is made up of senior government officials from Government departments in the Republic of Ireland and Northern Ireland working together to collectively resource the regions key priorities for growth and development.

Welcoming this meeting Cathaoirleach of Donegal County Council and the Mayor of Derry City and Strabane District Council believe that this is a significant meeting and will be an opportunity to share first hand with the Taoiseach details on the strong regional collaborative approach that both Councils have been leading out on.

Speaking this week Cllr. Gerry McMonagle, Cathaoirleach of Donegal County Council said that “these regional growth structures are the first of their kind on the island of Ireland and represent a new and exciting approach to joined-up government with the potential to bring about real and positive change for the region. This meeting gives us an opportunity to highlight all that is unique about our region as well as the priorities for the growth and development of the region”.

Mayor of Derry City and Strabane District Council, Cllr. Maolíosa McHugh said “we want to acknowledge the support and commitment from the Irish Government to this process. This approach is about working collaboratively at a local, regional and central government level to achieve the strategic priorities of the region and ongoing government commitment will be instrumental in achieving positive outcomes.”

“The North West City Region of Derry / Letterkenny is the fourth largest urban agglomeration on the island of Ireland and is a region with a unique offering and much potential,” said Seamus Neely, Chief Executive of Donegal County Council.

“By enabling greater day to day joint working across the administrations we are co-ordinating the planning and delivery of our critical priorities across the three key pillars of economic growth and investment, physical and environmental development and social and community cohesion and wellbeing. It is about engaging positively at all levels of government so that we can drive forward these regional strategic priorities.”

John Kelpie, Chief Executive of Derry City & Strabane District Council believes that the opportunities presented by this unique and innovative Partnership approach will allow the region to realise the full potential of the opportunities that exist.

“We have a history of strong cross-border connections and as a region we are renowned for our rich heritage, culture and tourism offerings and we have a growing reputation as a compelling investment proposition across many industries. Our strategy is about enabling the region to grow and prosper, it is about developing our resilience in a rapidly changing environment and it is about ensuring that the region is in a strong position to respond to the challenges and opportunities presented post-Brexit.”