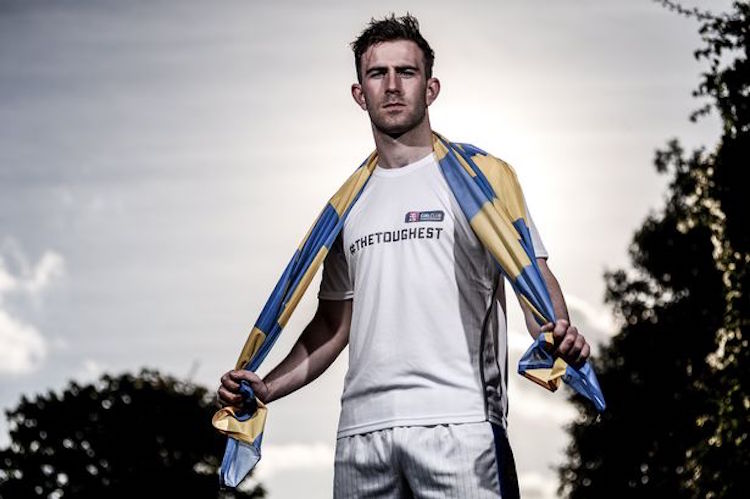 Interview: Patrick McBrearty and Kilcar ready to step out of the shadows

In many ways, making Patrick McBrearty his captain could have been seen as an easy decision for Barry Doherty.

When Martin McHugh stepped down after one year as the Kilcar manager, Doherty took over and immediately installed McBrearty as the skipper.

McBrearty wears the armband with ease and it is striking how relaxed he is now.

There are times when you have to be reminded that he is still only 24 but, with 85 games for Donegal under his belt in seven years, his experience is vast.

Dr Maguire hasn’t been in Towney since 1993, when Kilcar were last kings of Donegal, winning their fifth title via a 0-12 to 0-10 win over Killybegs.

Donegal football’s most sought after prize hasn’t been ‘down the trough’ since.

Tomorrow, they go into county final battle against Naomh Conaill, twelve months on from that October Sunday when they were ambushed by Glenswilly in the 2016 final.

“It’s just about leading by example, as best I can.

“After the semi-final, you’re trying to get the feet back on the ground as quick as possible. We had to get a good base in that week and getting the lungs back going. Barry takes a lot of responsibility and I just have to row in behind him.

“We did really well in the League and are in another county final.  That brings pressure – and there’s a massive hour of football that will tell the year.”

The storybook now is as it was a year ago.

Kilcar blitzed all before them to reach the final, their opponents – Naomh Conaill now as Glenswilly were last year – stuttering over the line in game-after-game.

The bookmakers have perhaps learned from last year with Naomh Conaill’s 3/1 odds modest in comparison to the generous 6/1 offered on Glenswilly in 2016.

Kilcar, too, have learned you feel, from that day when Michael Murphy hit 1-5, including an early goal, to fire Glenswilly to a 1-10 to 0-12 win.

McBrearty says: “It was a long winter.

“It was a long November, December, January and February. There were a lot of questions asked.

“We had to look back at the tape and look at where we went wrong. We had to find answers. It’s been so far, so good, but we know that Naomh Conaill are  battle-hardened side and they’ll be a massive test for us.”

They know their history in Kilcar and the parish was anxious for its first county final in 23 years.

They could sense that their day had come. Its people were giddy, perhaps a little on the over-confident side but, for the players, the fervour was no excuse for their defeat.

“It was just what happened on the day,” McBrearty says.

“We knew that there was a lot of hype around the parish, but it didn’t affect us.

“Glenswilly were always going to be a big test for us and they got the early goal. We struggled to break them down.

“We learned a lot and we’re a year older now. It was a really bad day and the conditions were difficult. A big defeat like that, you learn from it. If you look at Dublin, they probably learned a lot from the defeat we gave them in 2014. We just took a lot of points from that tape and we’ve tried to work on them.”

Had the family taken a different course, McBrearty could be in Dublin’s colours and playing his club football in the capital.

Born in Dublin, McBrearty moved to Kilcar at a young age. His father, Seamus, won three Donegal U21 titles with Kilcar in the 1970s while his mother, Carol, is a cousin of the former Dublin star Tommy Conroy.

Football was in the bloodlines.

And it was certainly Kilcar’s gain when Seamus and Carol moved to set up a family home in south-west Donegal.

McBrearty, whose younger brother Stephen is also a key part of the Kilcar squad, was recruited to the Donegal senior panel in 2011.

After playing for the U21s in a defeat to Cavan at Brewster Park, Rory Gallagher – then assistant manager to Jim McGuinness – approached McBrearty in the carpark.

“It’s a pity you’re so young, you could play for the seniors,” Gallagher told the youngster.

McBrearty was just 17 and had been courted by Aussie Rules scout Ricky Nixon during an impressive spell with his school Coláiste na Carraige.

Two months later, having played for the Donegal minors against Antrim at Sean MacCumhaill Park, he was ushered away to join the seniors and replaced Kilcar legend Michael Hegarty later that afternoon.

He has become a permanent fixture in the Donegal full-forward line ever since.

Last year, he hit 11 points against Cork in an All-Ireland qualifier and this year is listed among the All-Star nominees, in spite of a poor season by Donegal.

“I don’t think I’ll get the nod,” McBrearty shrugs.

“I’ll get the tuxedo, but I doubt if I’ll get an award now.

“It’s good to be nominated. It’s nice to be up there when you look at the other forwards who are in there. We didn’t have a great year and we were knocked out early. Galway was a big disappointment, but we’re all eager to get back on the horse again.

“I was happy enough myself. I put in a big pre-season, but I tore my groin against Roscommon and was out for ten weeks.

“I couldn’t train on it, with the type of injury that it was, so I recharged the batteries a wee bit at that time. We got two trimmings at the end of the day, so it’s not a great record. As a unit, we’d be disappointed.”

He has already met with new Donegal boss Declan Bonner and has been taken by his ambition for 2018 – “I like the tone,” as he puts it.

McBrearty was training with Donegal in Letterkenny on the evening the Donegal SFC draw was being made. He checked his phone after training and there it was. The Group of Death. Again.

Kilcar drawn with Ardara, Gaoth Dobhair and, sure enough, Glenswilly.

‘Jesus Christ, this will be a battle,’ McBrearty thought as he headed into the night.

McBrearty says: “We had Gaoth Dobhair at home first and getting ready for that was a big one, but we set the tone that day.”

They defeated Ardara 3-9 to 1-6 in Kentucky and then came the renewal of their vows with Glenswilly in Towney. They out-muscled Glenswilly 0-16 to 1-9, staving off a desperate late bid by Glenswilly to get back into it.

A score of sorts had been settled.

McBrearty says: “There was a lot of hurt going into the Glenswilly game. Beating them was a big psychological boost for us. It was a big thing for our confidence and we kept it going for the quarter-final and the semi-final.”

Football is the talk of the town in Kilcar.

But the class of now are aiming to step out of the shadows and into the light.

“We hear a lot in Kilcar,” McBrearty says.

“They had a golden generation from the 1980s to ’93. We’re happy now what we’re doing. We’re on the verge of a third League, we’ve won Minor and U21 Championships.

“It’s a matter now of breaking in for our first Senior Championship and getting that ghost away. We’ve a massive 60 minutes to go.

“Football is everything in Kilcar. You can’t go anywhere without talking football. It’s the only thing, but they’re passionate about it too. They’ve been brought up with it their whole lives. We’re no different.”

Interview: Patrick McBrearty and Kilcar ready to step out of the shadows was last modified: October 14th, 2017 by Chris McNulty

‘Only small portion will be able to...