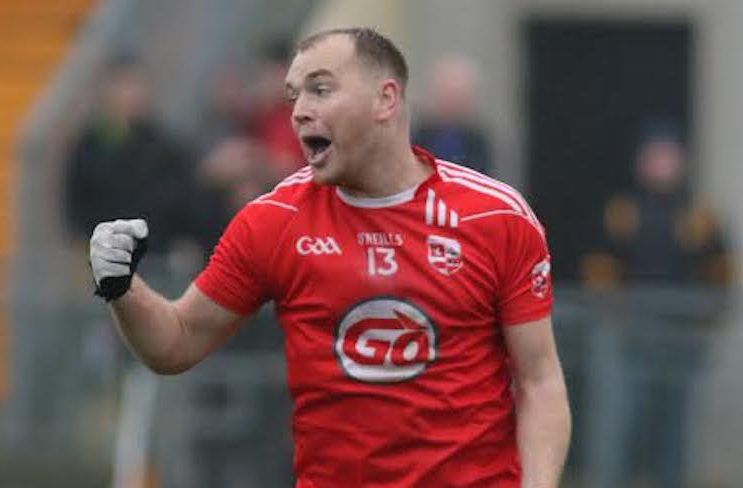 Matthew Crossan sat out 2016, but returned to fire Naomh Colmcille to Junior Championship glory this year.

The Killea man notched 1-3 in today’s final against Red Hughs, including the game-clinching second goal.

“We lost out way a bit and conceded four-in-a-row,” Crossan said of that period when Red Hughs roared back into the contest.

“They won five kicks-outs in a row and our heads were a bit down.

“It was a lot tighter than the scoreboard showed.”