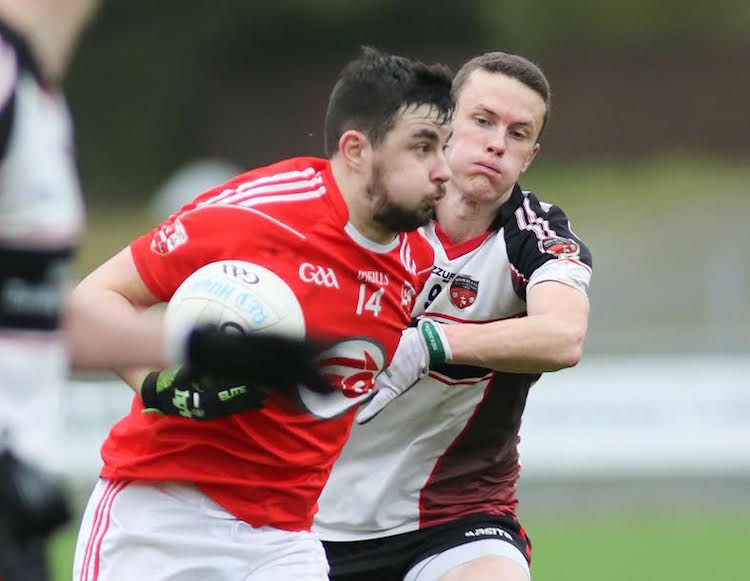 Listen: Willie Gillespie on how Naomh Colmcille are back ‘on top of the world’

Willie Gillespie took receipt of the Dr McCloskey Cup yesterday evening and said it meant ‘everything’ to Naomh Colmcille.

Ryan McKinley’s team defeated Red Hughs 2-7 to 0-8 in a gripping Junior final at O’Donnell Park as Naomh Colmcille laid some ghosts to rest.

Two years ago, on the very same sod, they fell to a heavy Intermediate final loss to Bundoran and last year they suffered the pain of double relegation.

But yesterday, goals from Ryan McErlean and Matthew Crossan gave them an hour of glory again.

“The hurt of double relegation last year and the embarrassment on the field against Bundoran two years ago, for this group of players to come back is amazing,” Gillespie – pictured above by Joe Boland, North West News Pix – said.

“Two years ago, we wanted the ground to swallow us up. Now, we’re on top of the world.”

Gillespie becomes only the third Naomh Colmcille captain – after John McFadden in 1994 and Richard Clarke in 2010 – to lift a Championship crown.

He said: “It means everything.

“Next year, the priority will 100 per cent be getting out of Division 4. We know we’re a good team – now we have to prove it.”