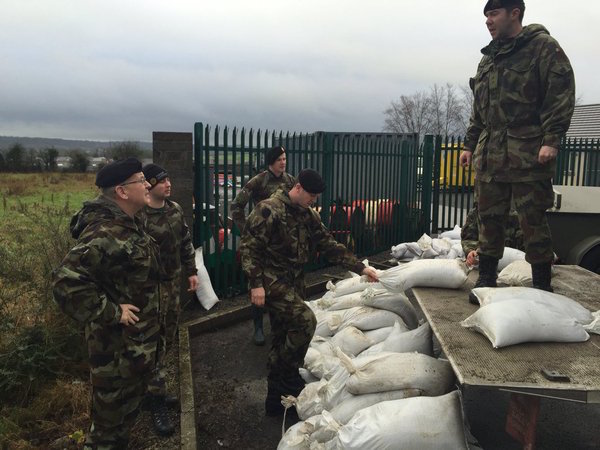 The Army has been placed on standby amid growing fears within that communities could be severely impacted by Hurricane Ophelia.

A number of different parts across the country have been earmarked as specific bases for the defence forces in the event of emergencies, it has emerged.

It is expected that soldiers from Finner Camp could be deployed in the event of an emergency situation locally.

Mr Kehoe said that the support from the Army will be concentrated out of Kilkenny for south eastern counties, Cork for the south and south west of the country, Limerick for the Mid West and Galway for the West.

“We are monitoring and awaiting to assist in whatever way we can in which capability allows,” he said.

He added that the most severe conditions are expected after midday tomorrow and into tomorrow night.