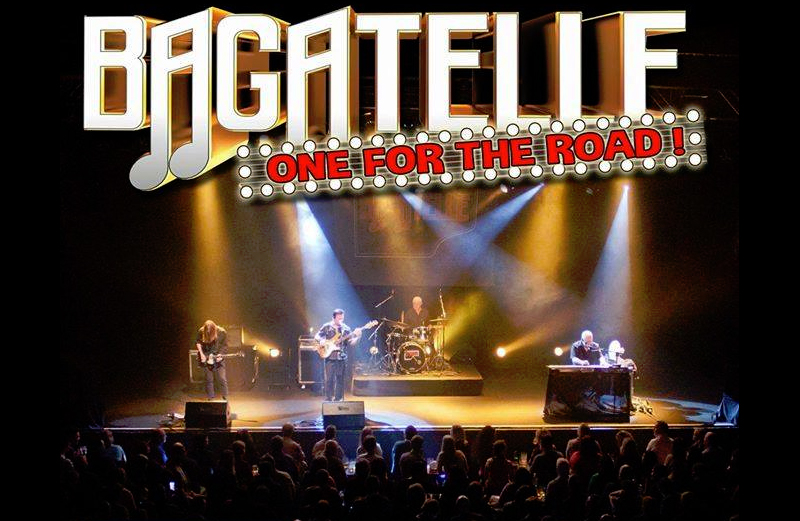 Veteran Irish rockers Bagatelle are set to play their final tour 38 years after their humble beginning.

Bagatelle, who have inspired U2 and shared the stage with Bob Marley, bring their “One for the Road Tour” to An Grianan Theatre in Letterkenny on Friday October 20th.

Tickets are on sale now at www.angrianan.com/event/bagatelle

This is one gig you won’t want to miss, and we’ve got FOUR tickets to give away to one lucky winner!

Alternatively, you can email your entry by sending your NAME under the email subject line BAGATELLE LETTERKENNY to donegalcompetitions@gmail.com

It could be you and three friends enjoying classics like Summer in Dublin this Friday:

“It’s been an emotional roller coaster of a year since we decided to call it a day after 39 years touring”, Bagatelle’s Ken Doyle said recently.

One of two existing original band members, bass guitarist Ken Doyle, has mixed emotions about ‘retirement’. While thoroughly enjoying playing live and the audiences “making the hairs stand on his head”, he admits that he is “just getting too road weary”.

Bagatelle travelled far and wide bringing their music to audiences in Europe, America, the Middle East and China, as well as in Ireland. Their hit Second Violin was such a success in Uruguay that it’s still played there today.

Over the years, the band has had various changes of members, but, currently it has four main performers – pianist Ken, lead vocalist Liam Reilly, drummer Seanie Devitt and lead guitarist Kurt Schefter.

The group, dominated by the superb piano playing and songwriting ability of front man Reilly, broke up for a while but reformed in 1992. Since then, they have been performing non-stop.

The lads have come a long way since the early days Bagatelle have shared the stage with the likes of Bob Marley, Van Morrison, U2, Thin Lizzy, Don McLean and The Pogues, but Flight of Earls has become one of the most popular Irish emigration songs, while their 1978 hit Summer in Dublin has become one of Irish rock’s iconic songs.

“We were just a band, playing a few songs with no plan and no real expectation. We just got together to play a few songs and drink a few beers because we like music. Our success over the years was simply a happy accident,” Ken said.

Bagatelle were playing in a small stone cellar venue in Dublin when they were approached afterwards by John Woods, the managing director of Polygram Records who treated them to a burger, chip and Coke after their gig and offer them a record deal.

Ken Doyle remember John Woods saying to him “there was four lovely young lads came into my office from Dublin and they said to me if you give us a chance, we could be as big as Bagatelle”. That was U2,” laughs Ken.