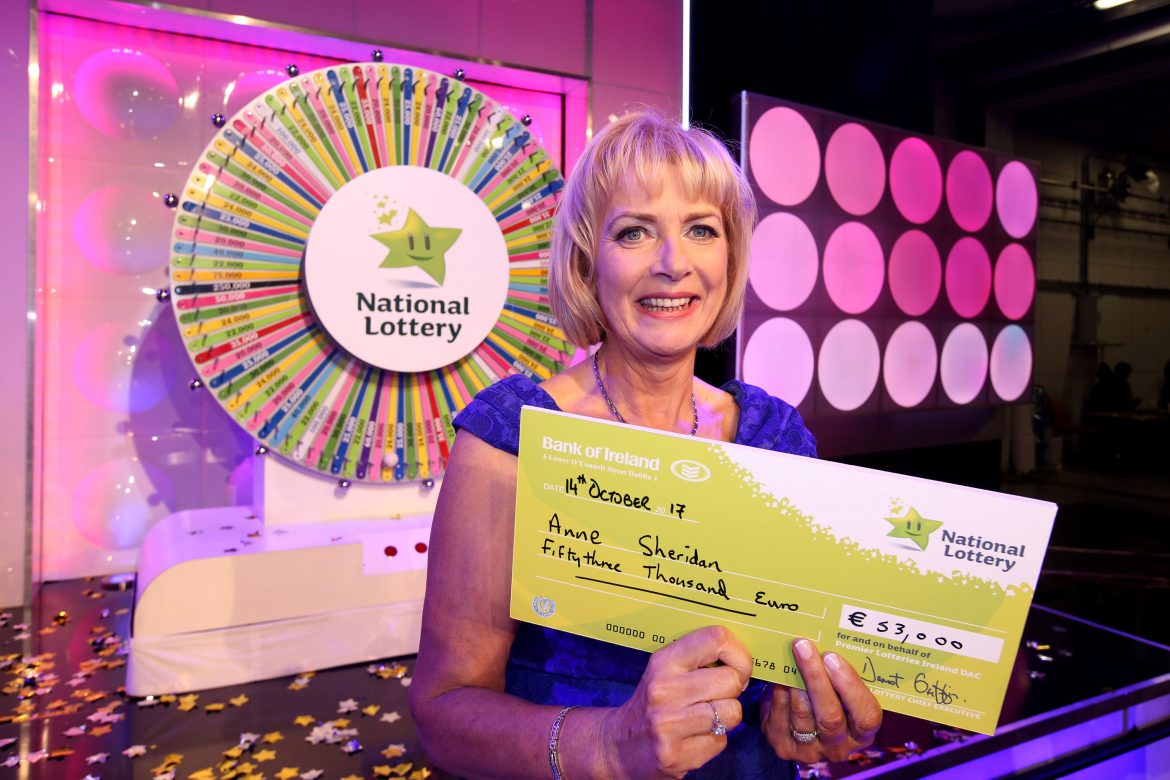 Anne got the chance to spin the wheel and won a whopping €53,000. She plans to get working through her list of things to buy, which includes a new car and phone.

In the week leading up to her appearance on Winning Streak, Anne received a lot of well wishes and prayers from neighbours, family members and friends. Her proud daughter, Aisling, jetted in from Dubai where she works with Emirates Airlines.

On the show, this remarkable Donegal woman paid tribute to her late husband, Seamus, whom she lost to illness six years ago. Anne met Seamus in England where she lived for 33 years. Anne is also proud survivor of breast cancer and she is convinced that Seamus is still looking after her and his divine intervention helped to pull her name out of the Winning Streak drum!

The luck is with Donegal this month it seems as two more people have been selected to appear on this Saturday’s show – Andy O’Connor, from Holly Mount, Carndonagh, and Kieran Clarke, from Bridge Street, Lifford, were both drawn, and we’ll be tuning in this weekend to see how they do!