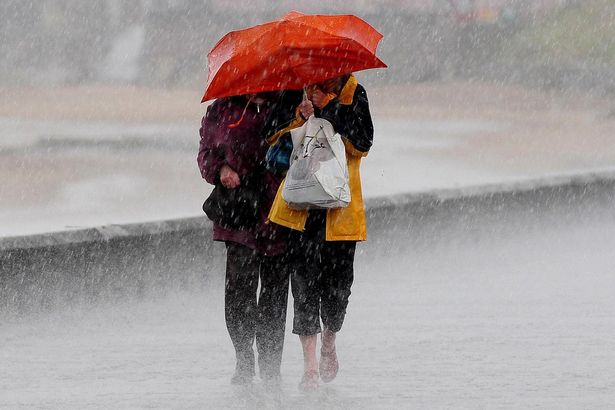 The UK Met Office and Met Eireann have issued a heavy rain warning for Thursday, with gale force winds expected on Friday.

Met Eireann meteorologists remain uncertain over the impact a spell of low pressure, which may develop into a storm, may have on Ireland over the weekend. As this may be the second storm of the season, it will be called Storm Brian.

Meteorologist Evelyn Cusack says that although it will be wet and windy on Thursday and Friday, “there’s a huge question mark over the weekend.”

Geography Professor John Sweeney of Maynooth University told RTÉ Radio One that Storm Brian will not be comparable to “big beast” ex-Hurricane Ophelia.

“Brian will be the next one in the sequence and by the weekend it does look like it’s turning unsettled again but it’s all relative. We won’t have the same occurrence as Ophelia hopefully for a very long time. We’re back to the normal winter storms climate, not the kind of big beast we say yesterday.”

The UK Met Office warn that on Thursday in Northern Ireland heavy rain will fall onto saturated ground and is likely to lead to flooding in places; delayed travel may well result, including through the busy evening period.

They also say that it is possible that a few properties or businesses could also be affected. 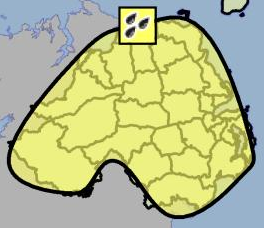 They say that heavy rain is expected with accumulations between 30 and 50 mm possible.

Gale force winds are expected on Friday, just days after the Status Red warning due to ex-Hurricane Ophelia. 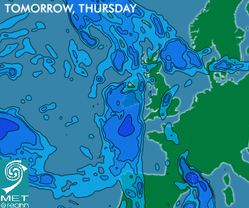 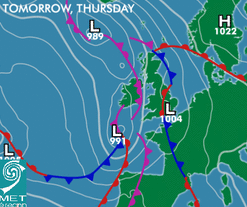 “Current indications show strong gale force winds at sea and strong and gusty winds overland on Friday night. The strong winds will be accompanied by heavy rain, bringing a risk of local flooding. This is due to the track of a deepening Atlantic depression,” Met Eireann says.

“As the low pressure centre moves over the country the strong gale force winds will continue at sea on Saturday, possibly falling light variable over land.

“The winds overland are expected to increase through the day from a northwesterly direction and will become strong and gusty, most especially at the coasts.

“The winds will be accompanied by heavy, possibly thundery showery rain.”