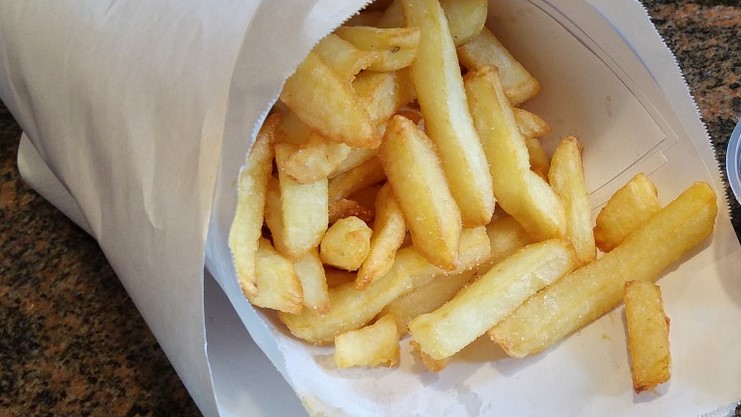 Which Donegal chipper beat all the REST to become Ireland’s No 1?

Donegal foodies, and especially Letterkenny residents, are lucky to have two of Ireland’s champion takeaways nearby after the Just Eat Ireland National Takeaway Awards were handed out.

The 2017 winners were announced last night in Dublin and there were great celebrations for the cuisine of the Donegal.

Burrito Loco in Letterkenny came away with a hattrick – Best Lunchtime Takeaway, Best Ulster Takeaway and Best in Ireland.

There was another big winner at the awards last night – Best Takeaway Chipper went to Friar’s Rest in Letterkenny.

The long-established chipper is famous locally for their top quality and delicious chips. Now, they can proudly say they are the best in all of Ireland.

The Glencar takeaway and diner is also favoured for their gluten free options. They serve over 120 different dishes, all available to sit in, takeaway and by delivery on Just Eat.

Thanking customers on Facebook, the Friars team said: “Well we did it we are the Just Eat NO 1 chipper in Ireland well done everyone and big thank you to all our Friar’s TEAM and our loyal customers who voted for us yee haa.”

Presenters Colm O’Regan and radio host Louise Duffy revealed the winners of the Just Eat awards after over 20,000 votes were cast for the 2,000 restaurants on the Just Eat network.

Which Donegal chipper beat all the REST to become Ireland’s No 1? was last modified: October 18th, 2017 by Rachel McLaughlin