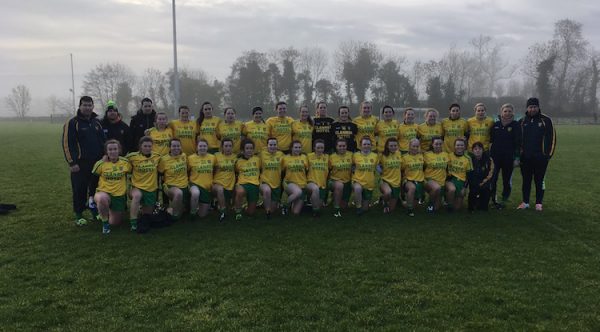 Donegal ladies have a new management team for 2018

The Donegal senior ladies have a new management team in place for 2018.

They succeed Micheál Naughton, who stepped down from the role after the 2017 season.

Donegal won the Ulster Championship this year and also reached the Division 1 final, which they lost to Cork.

Their All-Ireland bid was ended by Mayo in a quarter-final.

Curran previously managed the Donegal ladies to an All-Ireland Junior title in 2003.

That team contained Aoife McDonnell and Yvonne McMonagle who were part of the 2017 Donegal squad.

The Downings clubman was a selector with Rory Gallagher and the Donegal senior men’s footballers, while he was also part of Jim McGuinness’s backroom team for three of his four years as the Donegal manager.

Devaney was the Donegal ladies’ trainer in 2017 having previously managed Na Rossa in 2015 and Sean MacCumhaills in 2016.