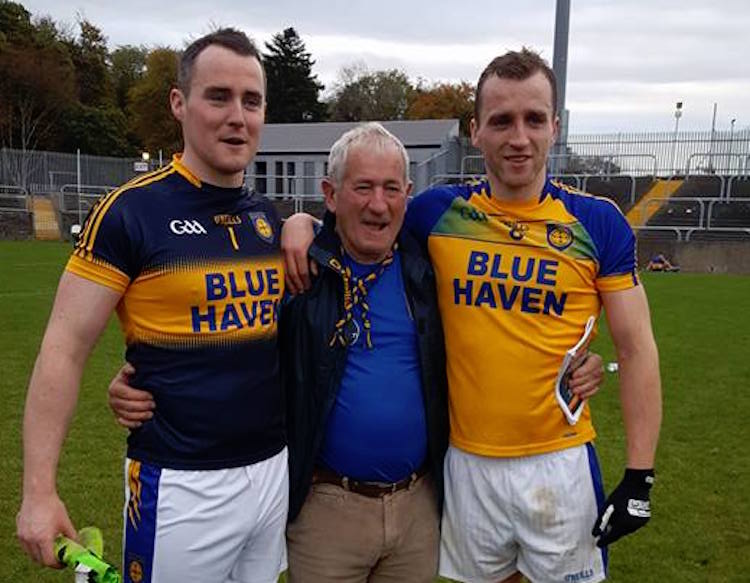 As he stood on the podium surveying the throngs beneath him on Sunday, Eamonn McGinley’s mind went back to the more innocent days of 1993.

Kilcar ended a 24-year wait to be crowned county champions with a 0-7 to 0-4 win over Naomh Conaill.

The image from ’93 is grainy now, but a young McGinley is there to the fore, celebrating with his boyhood heroes.

“I remember very little of it,” the Kilcar goalkeeper laughs now.

“I remember being on my dad’s shoulders. We’ve watched the footage of ’93. I never thought we’d get to do this ourselves.

McGinley was in goal for last year’s final when Kilcar lost out by a point to Glenswilly.

Kilcar became the 15th team to bounce immediately back from losing a final and win the next year’s Championship.

McGinley says: “To get so close last year and lose out was heartbreaking.

“We said there was no way we were going back into a losing dressing room again. That hurt a lot last year.

“Even though this year was a difficult game, a testing one – do you push on? Do you try to break through? – we had the players to get over the line. Glenties held up their line and tried to upset our game, but we got it.”

This Sunday, Kilcar are at Rosses Park to face Dungloe aiming to clinch a first ever League and Championship double for the club.

Doubles are rare enough in Donegal. Only 16 times in the past have teams managed to do doubles. St Eunan’s and Gaoth Dobhair have managed four, while Ardara, Killybegs and Naomh Columba have won two doubles with St Joseph’s and Sean MacCumhaills having one each.

Kilcar won the League last year, but it was hardly consolation for having missed out on Dr Maguire.

The wait had been an age from ’93 and the day David Cannon nullified Declan Boyle, Kevin Lyons kept Mark Boyle at bay, James Carr excelled at centre-back and the McHughs, Martin and James, helped derail Killybegs. 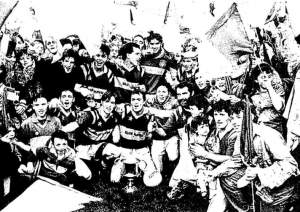 Kilcar celebrate winning the Donegal SFC in 1993. Eamonn McGinley is at the front, left.

The McGinleys are steeped in Kilcar.

Eamonn’s brother, Ciaran, was at midfield on Sunday, his sister Fiona has been immersed in the club and his father, Sean, won medals with the club and has been heavily involved at committee level, too.

McGinley says: “To win it for you family and friends and see what it means to the community, it is incredible. It’s back to that old thing we’ve been saying when we finally got it, we’re taking the Dr Maguire back down the trough again.

“The likes of Michael Hegarty, Conor McShane, Paddy ‘Cricket’ (Gallagher) and Stephen Shovlin, the older guard – I’m getting there myself – it’s brilliant to see them get a title.”

McGinley has been in and out of the number 1 shirt in recent years.

In 2014, when Kilcar defeated Bundoran 5-15 to 0-3 but still missed out on qualifying from the group, Kevin Campbell was in goal. Campbell was in, too, for the 2015 semi-final reversal to Naomh Conaill and also the 2011 semi-final defeat to Glenswilly.

McGinley tasted some bitter pills before finally getting his hands on the big prize on Sunday. 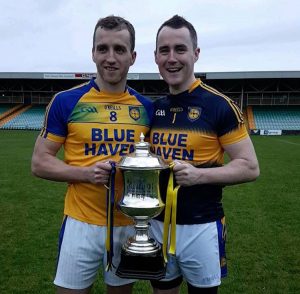 Eamonn McGinley (Right) with his brother, Ciaran, after Kilcar won the Donegal SFC on Sunday

In 2007, Kilcar lost a quarter-final replay to Glenswilly and he suffered a semi-final loss to Naomh Conaill in 2009.

They took St Eunan’s to a third game in 2012, but were beaten in an ill-tempered play-off in Convoy. The following year, Kilcar spurned three late chances in a 0-8 to 0-7 quarter-final defeat to Glenswilly.

Sunday’s final has been derided at length, with just two points scored in the second half – one by each team.

“It doesn’t matter to anyone,” McGinley says.

“It was all about getting the win. Win dirty, if we had to

“Look at the Donegal team over the years. They did that.

“We had hoped for a more open game and that some of our good players could get up for good scores. A lot of people probably turned up expecting the same as the St Michael’s game, but that was never really likely.

“Glenties knew how to nullify the pace and power we have going forward. The got their lines set up very well and upset us a bit.

“In the second half, ‘Brick’ had a shot that came off the post and across the goal – you need those wee breaks to go for you and they did. We didn’t get that in last year’s final.

“It didn’t matter what it looked like. If we had done it scoring one point, it would have done us!”