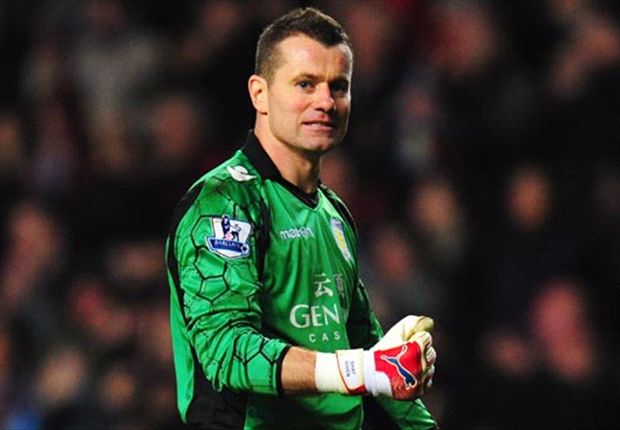 Shay Given to be interviewed on Ray D’Arcy Show tonight

Soccer star Shay Given will take to the stage tonight to speak to Ray D’Arcy about his new autobiography.

The Lifford native will be interviewed by D’Arcy about his career as a professional goalie spanning three decades.

Also appearing on the Ray D’Arcy show tonight will be Dustin the Turkey, who will reunite with Ray for the first time in two decades. To mark the occassion, RTÉ will rebuild The Den set on stage! Teenage Galway singer Eimear O’Tuathail will also be interviewed, alongside the Ireland’s Fittest Family coaches.

Ahead of his RTÉ appearance Given will be at Easons in Dublin this afternoon for a book signing, and says he is “buzzing” to meet and chat to his fans.

Shay Given will also be doing a book signing closer to home in Easons in the Letterkenny Shopping Centre tomorrow at 1pm.

Remarking on the release of his autobiography, ‘Any Given Saturday’, he said: “416 pages about my life. Well I never saw that coming as a young lad in Lifford!”

“Genuinely can’t wait to meet everyone who has supported me throughout my career.”

Given’s long-awaited autobiography was released on Thursday and can be bought at Easons, The Book Depository, and Amazon.

The book includes forewords by Robbie Keane and Alan Shearer.

But we’ll Shay no more – it’s a Given that it’ll be a great read!

You can tune in to the Ray D’Arcy Show tonight at 10pm on RTÉ One.

Shay Given to be interviewed on Ray D’Arcy Show tonight was last modified: October 21st, 2017 by Elaine McCallig
FacebookTweetLinkedInPrint
Tags:
Any Given SaturdayFootballRTEShay Given