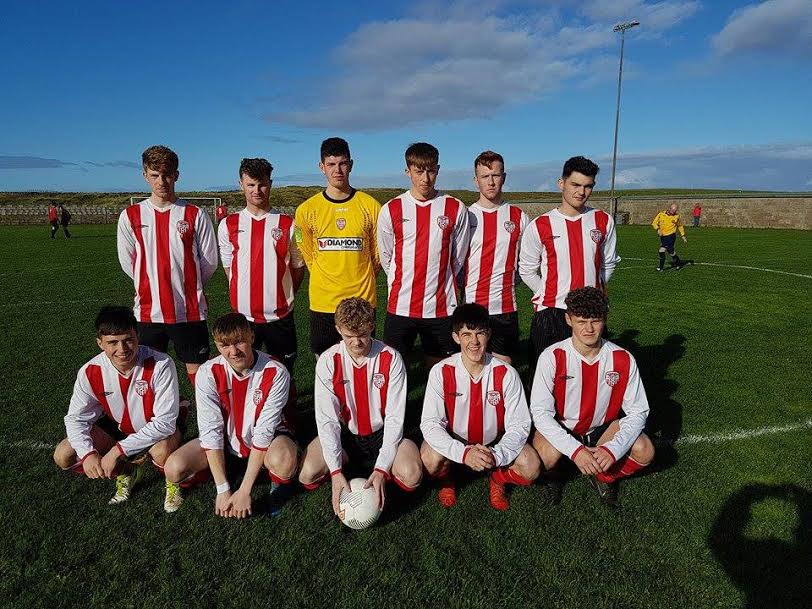 Derry City Reserves went to the top of the Four Lanterns Ulster Senior League as they came away from Traigh-a-Loch with a well deserved 3-0 victory on Sunday.

The game started slowly with little in the way of goalmouth action in the firsty 20 minutes.

Derry took the lead in the 23rd minute with virtually their first attack of the game.

Adrian Delap went on a fine run down the left and his cross into the box was met by Sean McBride who fired home.

The only other chance of note for either side fell to Matthew Crossan in the 43rd minute when his well hit shot from 25 yards was deflected just wide.

Ten minutes into the second half Derry were awarded a penalty when Crossan committed a foul in the box.

Cathal Farren stepped up and fired the ball home.

Fanad missed a chance to get a goal back three minutes later when Oisin McMenamin saw his fine header go just over the bar.

As Fanad pushed forward, Derry caught them out on the break twice in the space of three minutes.

In the 74th minute Adrian Delap broke through on goal but was denied by an excellent save from Shane Graham.

Two minutes later however Derry made the points safe when sub Aaron McGurk broke the offside trap and finished into the bottom corner.

Graham produced another quality save to deny Mikey Sweeney.

Derry City Reserves shoot to top of USL after away win at Fanad was last modified: October 22nd, 2017 by Chris McNulty